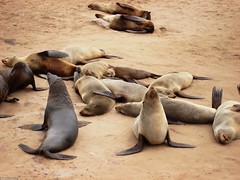 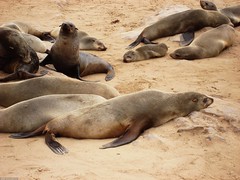 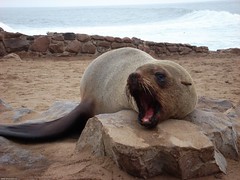 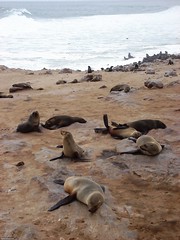 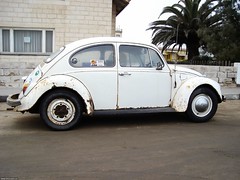 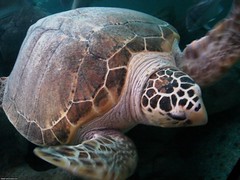 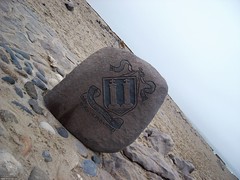 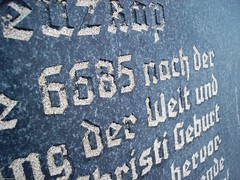 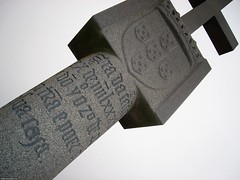 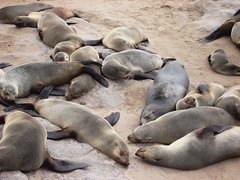 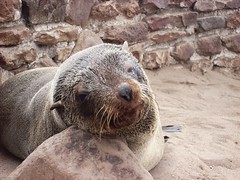 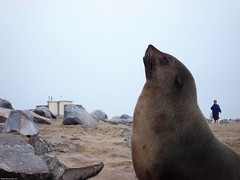 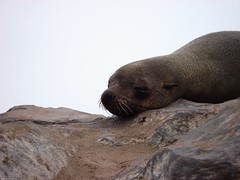 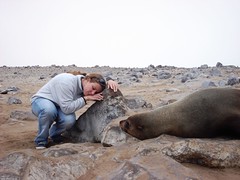 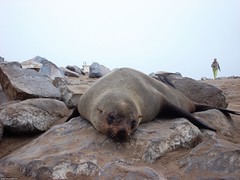 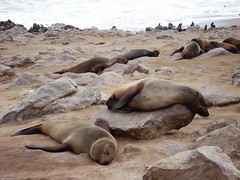 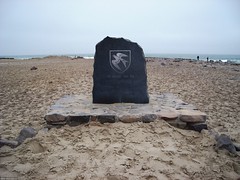 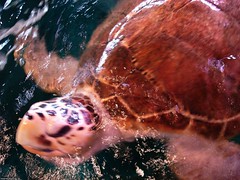 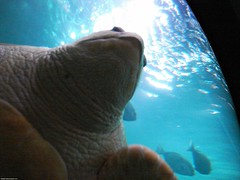 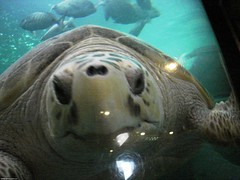 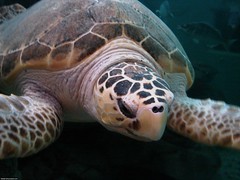 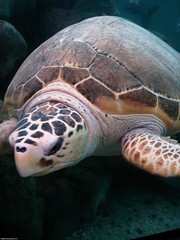 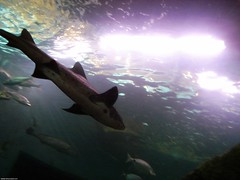 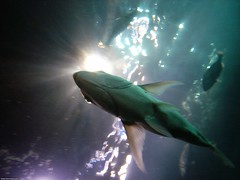 The lodge, Alternative Space, where we're staying in Swakop has transformed itself over the last few years from "the most delightfully alternative budget choice" (Lonely Planet), at a suggested 17 USD per night for a double, to a very upmarket B&B (The establishment's own flyer), at 33 euros per night for a double, including a breakfast we are truly proud of.
Although the place hasn't arrived, yet, at the standards they already claim to have (no soap in the bathroom, no daily cleaning of the rooms, to name a few), it is a nice place, and the breakfast is, in fact, quite good.

In the morning, we visited the National Marine Aquarium, with a tunnel going through the largest of their ponds, where you literally can count the teeth on the several sharks in the pond and play with the huge turtles.
In the afternoon, after deciding we would, in fact, not visit the Skeleton Coast proper, as I had wanted to do (it's just too bloody far over too bloody bad roads), we headed to the Cape Cross Seal Reserve, some 150 kilometres north of Swakopmund, driving on very decent salt roads.
The novelty of the trip, where sea literally meets desert, with a road in between, quickly wears off and I was quite happy we weren't driving any further. Most of the shipwrecks have disappeared anyway and the few that remain are extremely inaccessible.

At the seal reserve, we were first almost overcome by the stench of, what I assume were, dead fish and seals. Then we heard the loud barking and bleating of the hundreds of seals in the area. A man-made wall marks the boundary behind which you are supposed to stay to leave the seals to chill. When we noticed a few seals napping away right below the wall, I leaned on it to take a few shots, only for parts of the wall to crumble. Betsy gasped, I screamed loudly, the seal directly underneath woke up, looked up and started screaming ever more loudly, a group of seals nearby all woke up and started barking. Then a piece of rock fell on the seal directly below.
Afraid the seal was hurt, he only hobbled away a few metres, moved over to the next rock, and almost immediately fell asleep again.

With the many tourists going through Swakopmund, most of them near retirement age, travelling in a luxury 4×4 or on some extensive group tour (when I had a DVD burnt in Swakop's main internet cafe, all PCs were occupied, most of them by elderly couples, Dutch and German, the man typing away, the woman commenting on what he did) you can expect some tourist scams to operate. It wasn't too bad, the worst being drunks asking for money or some fellow offering you a 'real' amethyst.