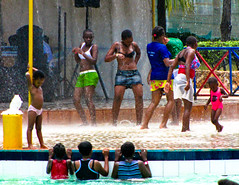 Dancing in the rain 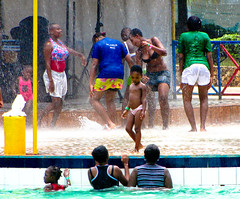 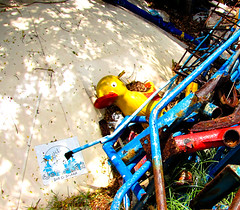 I cycled over to Kunduchi beach hotel and resort today as the Lonely Planet claimed that, besides the water park, they also had a video game arcade. So, hoping for DDR, I cycled the 20-25 kilometers up north. Without luck,

The park, with an entrance fee of 5500 shilling, less than 3 euros, isn't bad, though, and quite eclectic. For the peeps on the wet dance floor in the middle of the complex, the DJ was alternating between African pop, Hindi tunes as well as popular Arab tracks.
What was disturbing was that, during one song, several of the throng of young local girls went down on all fours, head on the floor, booty in the air, and started shaking and grinding their backside as if they were being heavily buggered, or at least were getting ready for it.

Related:  Bekhor, bekhor!
This text is available under a cc-nc-a license.