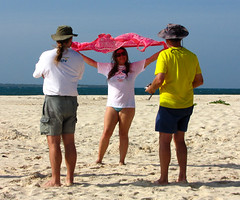 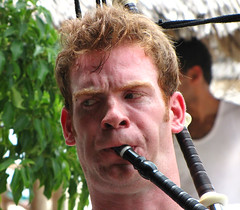 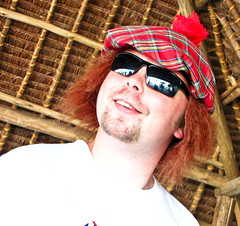 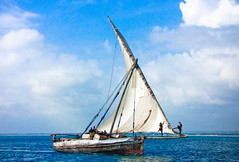 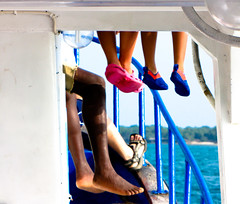 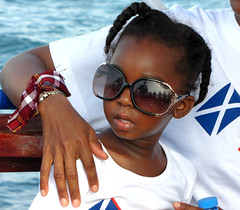 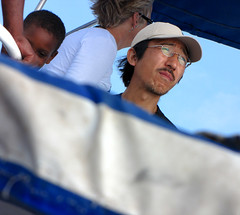 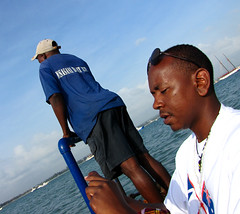 Four days after my arrival in Dar, my prominent search for a more permanent place to stay payed off: an acquaintance of a colleague of mine was moving out of her shared apartment. I moved in the next day and am now sharing a nice place with David, a Brit, Andrei, a Ukrainian/American and his wife Mattie. It’s a bit out of town, but affordable, and close to quite a few restaurants as well as a some supermarkets.
I liked staying in town, being able to walk to several good value restaurants and just embracing the bustle of the city, but I also value being able to sit in a normal chair at a normal desk being able to make tea, breakfast or a sandwich. For those in the know, I’m quite close to QBar.

On its website, the story behind QBar is laid out: “On December 31st 1997, a teenage dream of opening a bar in Dar with a mixed crowd and a laid back atmosphere became real.”
In need for a burger and chips, my first since arriving in the country as the food here, Indian inspired, is awfully good and affordable, I went over to QBar for a meal. And, indeed, there was quite a mixed crowd, about half the patrons being working girls.

Surprisingly, Andrei turned out to have worked in Kabul at the same time I was there. As did a friend of Mattie’s, whom I met when my housemates and myself went over to South Beach for the day this weekend. What kind of odd coincidence is that?

On another note, I’ve learned that Babak used to be a municipality in what is now the Island Garden City of Samal in the Philippines. I suppose Babak needs to go to Babak.

Related:  It is happening… again…

The Dar Hash celebrates both Burns night and Australia Day by holding a special hash, the MacTilda. Off to the nearby island of Bongoyo for a day of running around the surf.
Burns night celebrates a ‘minor poet’, considered Scotland’s national poet, by the name of Robert Burns, who lived in the latter half of the 18th century. Burns night is celebrated on 25 January.
Australia day, celebrated on the 26th, commemorates the arrival of the ‘First Fleet’ at Sydney Cove in 1788, the hoisting of the British flag there, and the proclamation of British sovereignty over the eastern seaboard of Australia.
So, the two combined, Mac referring to the Scots, Tilda, referring to Waltzing Mathilda, Australia’s unofficial anthem, result in the MacTilda run for the Dar Hash, where the run takes the pack around the island at low tide, hundreds if not thousands of crabs running away from the onslaught of runners.

A good day out, though with an awfully early start, saw the sun beating down on the runners. To celebrate, a South African bagpipe player had been flown in, as were two sizable portions of haggis. Yum!
After run and lunch, the circle found approval as it was set in the surf, occasional mini-tsunamis rolling over the participants.