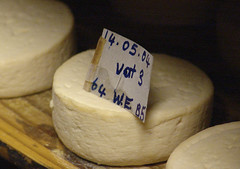 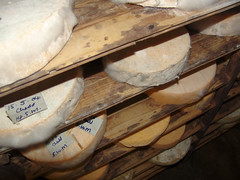 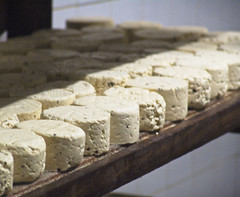 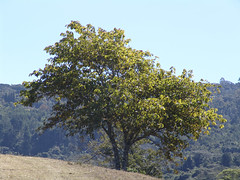 When trying to wake up early, Betsy turned out to have a mild case of food poisoning. On hearing this, Bart immediately stated that it couldn't possibly have been caused by the food they served at the lodge, although Betsy did mention it tasted funny at the time.
The food, like the lodge, is good, but expensive and one of the few places in Zimbabwe where you don't get a mountain of chew stacked on your plate.

We ended up driving to the foot of Leopard Rock, where a nice hotel and, apparently, one of the best golf courses of Africa and the Middle East try to convince willing tourists into spending even more money in the region. This while tourism has all but died in this area, where out of the 20+ lodges only few still operate.

Nevertheless, I did convince Betsy we had to drive down to the Vumba cheese farm, on the border with Mozambique. The trip was a bit of a trial and although we had to stop occasionally so that Betsy could answer the call of nature, the farm was interesting. Run quite professionally by a white couple ("I don't know how long we'll still have the farm"), they make exceptionally good cheese, of which I bought a kilogram for the road. A pity that, as it seems, in a few months, after this farm too will be repossessed (a second farm the couple owned had already been repossessed by government), no more Vumba cheese will hit the market.

Related:  We’re back!
This text is available under a cc-nc-a license.