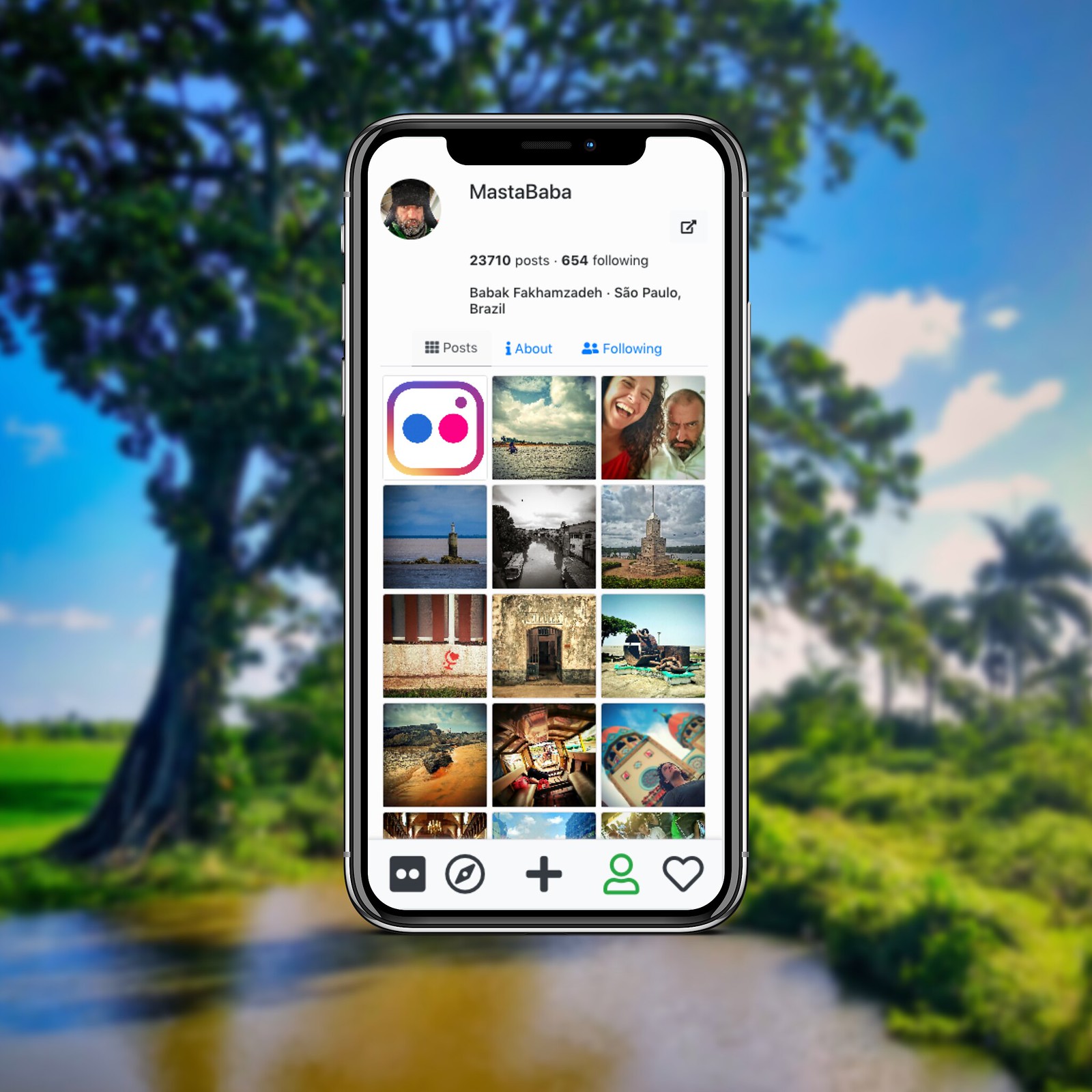 Submitting the app to both the iOS and Android app stores, both rejected the app, but for very different reasons. For Android, Google’s first and automated response, the rejection came in only seconds after submitting the app, was for “Violation of Impersonation policy”, but without a clear explanation of what triggered this response. As the app mashes up Flickr and Instagram, with a logo to match, I needed to be sure which part was considered not acceptable.

A request for clarification later, an actual human told me that the Flinsta logo looked too similar to the logo of Instagram Lite, an app I didn’t know existed. And, indeed, it did look quite similar.

I set out to update the logo, but before I finished submitting a new app to Google, I received another notice from our surveilling overlords, now stating that Flinsta was suspended for a “Violation of Sexually Explicit Content policy”. As Flinsta displays exactly the same content as the Flickr app, and because all content is user-generated, a distinction that Google, when submitting an app, explicitly makes for qualifying the acceptability of a submission, I’m baffled as to what triggered this notice.

This notice contained quite a threatening statement:

Additional suspensions of any nature may result in the termination of your developer account, and investigation and possible termination of related Google accounts. If your account is terminated, payments will cease and Google may recover the proceeds of any past sales and/or the cost of any associated fees (such as chargebacks and transaction fees) from you.

I asked for clarification and it turned out this was triggered by, in one of the screenshots, a thumbnail of a lady with long legs (but no nudity). Easy to resolve, another submission later, Flinsta was rejected yet again, this time because of a “Violation of Metadata policy”, for the surprising reason that “The app’s full description mentions other brands: < Instagram >“.
Note how, apparently, mentioning Flickr is fine, but not Instagram. What brands are unmentionable?

After removing Instagram references from descriptions and screenshots, Flinsta was finally accepted by Google and made available on the Android App Store.

We noticed that your app only includes links, images, or content aggregated from the Internet with limited or no native iOS functionality. Although this content may be curated from the web specifically for your users, since it does not sufficiently differ from a mobile web browsing experience, it is not appropriate for the App Store.

It’s true that Flinsta contains content from the internet, but so does the Facebook or Twitter app, or any Reddit app, or the Flickr app itself.
A request for clarification only resulted in a human pointing me to a few resources on design principles. :/

Discontinued in September 2020, when Sliders is set to receive Flickr authorisation.