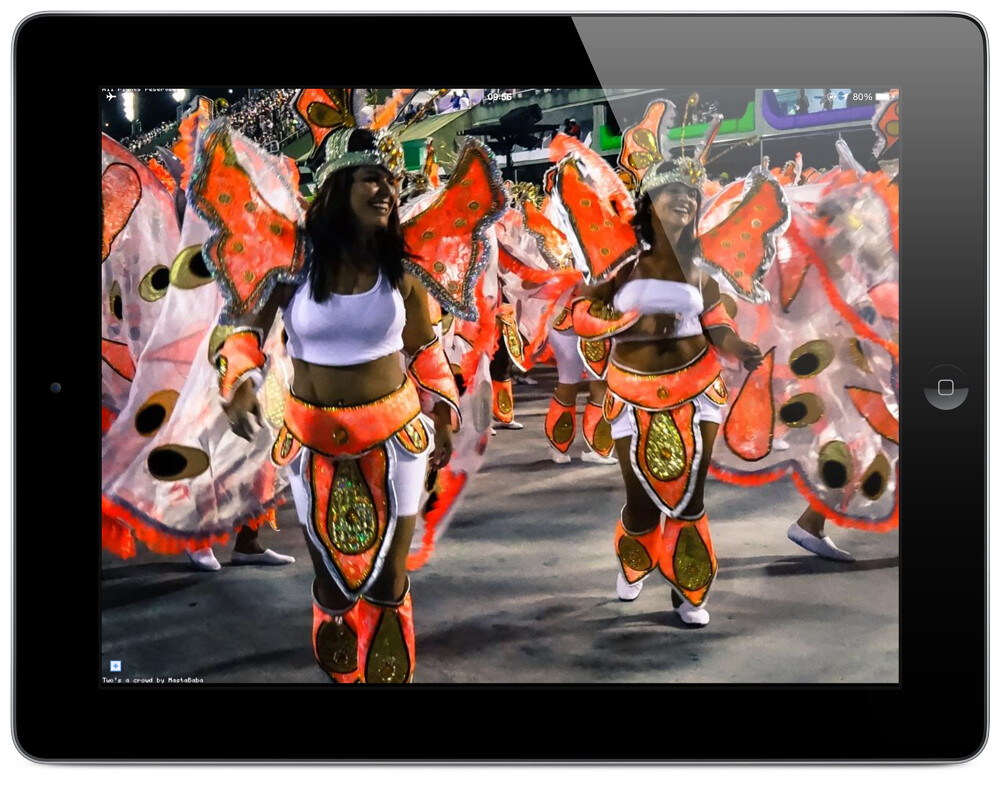 Sliders is a mobile app for iOS devices that turns your device into a digital photo frame. If you have a Flickr account, you can have the app cycle through your own photos. If you only specify one or more tags, you will see a slideshow of photos available under a creative commons license.

Sliders is available on the iOS app store.

In April 2017, Sliders was completely revamped. A tighter integration with Flickr, a bunch of bug fixes, and an interface in multiple languages.

In May 2017, SlidersPro became available for iOS. With SlidersPro, it’s possible to control the slideshow on another device running SlidersPro.

After a disappointing run, SlidersPro was put out to pasture in August 2018. It’s unique functionalities were rolled in to Sliders.

Under, and above, the hood

In February 2020, the backend was moved away from Galaxy, while the frontend was changed from Material Design to Bootstrap.

At first, I kicked myself for not thinking of this myself. But, quickly, a nagging feeling started to scratch at the back of my mind, making me believe I had seen something similar… before.
Some digging made me re-remember Christian Marclay‘s The Clock, now over a decade old, which, as it turns out, was made with a budget of an impressive 100000 USD. Here’s a screen capture of a BBC News article about the work, and a The Guardian article about the same, revealing it took the man three whole years, plus a team of assistants, to put together the piece.

Related:  3 heads are better than 1

The article in The Guardian was also the kickoff for the newspaper’s plan to create something similar, but from book-quotes.

User tjaap, on Instructables, eventually put together a detailed explanation on how to create a literary clock on an old Kindle, using the crowdsourced data from The Guardian, which also resulted in a web version, made by Johannes Enevoldsen.

Including this in Sliders seemed a no-brainer. The problem was updating my app to the current release of Meteor, and jumping through a bunch of requirements for Android. This took a few weeks, and it appears that my ancient Kindle Fire has given up on the app, but more modern Android devices seem to not have a problem.