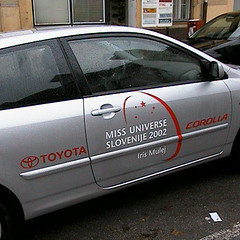 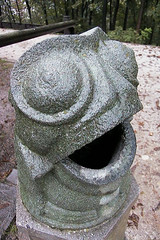 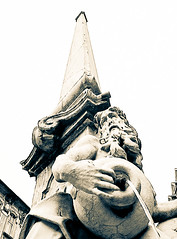 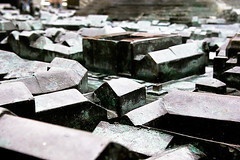 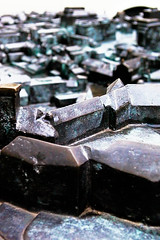 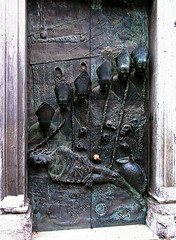 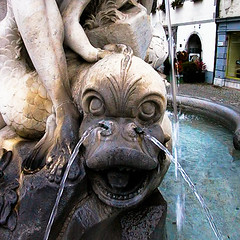 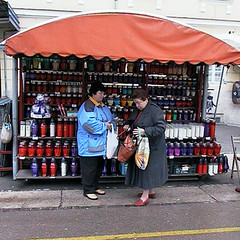 Got something to sell? 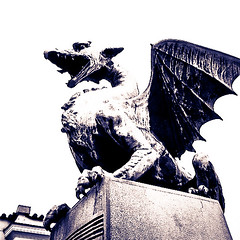 So there were no ferries going to Slovenia or Croatia that we could use. We had no choice but to go overland. This also meant that going all the way down to Dubrovnik was no longer an option. Due to Austrian control in the 19th and early 20th century and Yugoslav control during most of the 20th century, train travel is not made very easy in this part of Europe. Most tracks radiate away from either Vienna or Belgrade. It is possible, through a detour, to travel from Ljubljana (in Slovenia) to Trieste (in Italy), but getting to Dubrovnik or Split, by train, is simply impossible. Split (like Dubrovnik in Croatia) is not connected by train at all and although Dubrovnik does have a train station, connected through Bosnia to Belgrade, trains hardly ever stop there. We decided our first stop was going to be Piran, a quiet little town on the Slovenian coast.

In the middle ages, the Italians, and most notably the Venetians controlled most of the Adriatic coast and this legacy is hard to miss in many of the towns on the coast in both Slovenia and Croatia. Piran is no exception. In fact, many people in this part of Slovenia still speak Italian and Piran is even officially bilingual. Walking the narrow winding streets of this lovely town, it's hard to notice you're not in Italy.

Our next hurdle was finding a doctor for my girlfriend. She turned out to have a bladder infection which needed to be taken care of. We lost a day but decided to move on after only one night in Piran. Bad mistake.

We considered going to Croatia from Piran but dismissed it because of it being very time consuming. Train travel is out of the question since you have to first travel to Ljubljana before being able to go to Zagreb, which is quite useless if you want to stay on the coast. Buses do go across the border near the coast, but only twice a day, at most. We took a train to Ljubljana to stay there for the rest of our vacation.

Ljubljana is a really lovely town. Although it's the capital of a country, it still feels like a small provincial town. With a citadel perched on a hill overlooking the city, the central European architecture dominating the town, and the consistent morning mists, walking around in the old town creates a feeling of being in a fairy tale featuring talking dragons, beautiful princesses and raging battles.

We hadn't timed our visit very well. On the day we arrived, Ljubljana was host to a gathering of meteorologists, a convention of philharmonic orchestras (!) and 'the international city of women'. We went from hotel to hotel only to find some free beds, way out of town, after walking around town for over three hours. Up to our arriving in Ljubljana, we still considered also visiting Zagreb later in the week. Now, we decided we would not leave Ljubljana before going back to Venice.