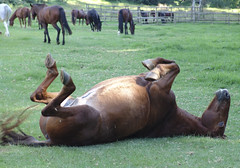 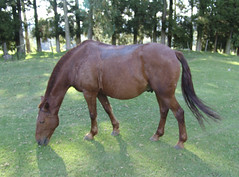 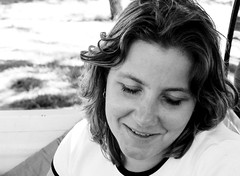 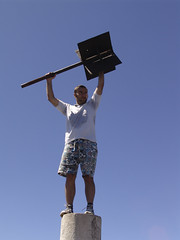 The highest point in Zimbabwe 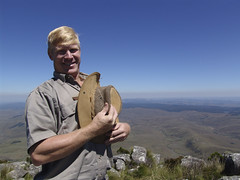 Wayne on top of the world 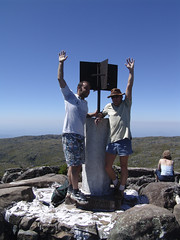 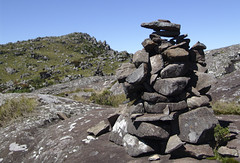 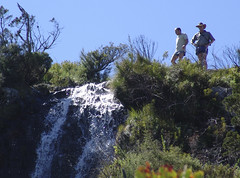 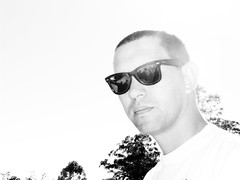 The morning was spent climbing mount Inyangani, together with Wayne and Andrew. They totally beat me to the top as I arrived some 10 minutes after these killers. The Lonely Planet says that climbing the mountain, which is the highest point in Zimbabwe, takes between 90 minutes and three hours. When Foxy (Andrew) told me I had taken 90 minutes to climb the damn thing, I felt much better.
Going down was much worse, a complete assault on my knees. But before going down, I made sure that, although it only was for a couple of seconds, I personally was the highest point in the country.
When on top, another group of people were waiting for us. They had set of quite a while earlier and had been lounging for some time when we arrived. One of them picked up her mobile phone and called home, having to poke someone's eyes out be saying where, at that exact moment in time, she was.

In the afternoon, although everyone was tired from our early rise and climbing the mountain (that is, Betsy, Belinda, Linda and Erik didn't even go as far as halfway), we went for a two-hour horse ride, visiting one of the old forts in the area. With two other riders and a guide, we totaled ten people. Man, can horses shit. And does it stink!

During the evenings, we played Scrabble. It was tough, but I managed to win once and all other games were a very close call. Still, I had to accept the superior Scrabbling mind of Linda, we claimed to hate the game but started to help out everyone before we obliged her to partake in the game. After that, she won every game.

Sunday was spent on the grounds of Troutbeck inn, a classy colonial style hotel/restaurant with great views of the valley below. It seemed no one had recovered from the day before, since we didn't move from our chairs for hours after arriving at the inn.

Meanwhile, rumors are coming in that Mugabe is stepping up the activities of his Green Bombers. On his trip to Bulawayo last weekend, Ivor encountered no less then 12 road blocks. He also came across two trucks filled with Green Bombers.
There's talk of them putting on the pressure in the urban areas in the country because of the elections that are scheduled for next year. Cities have been proven to be MDC strongholds and ZANU-PF wants to make sure they stand a very good chance at the elections.