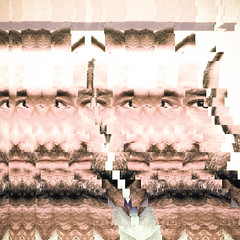 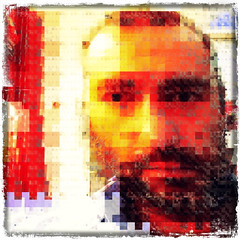 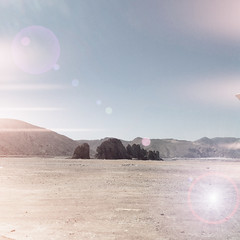 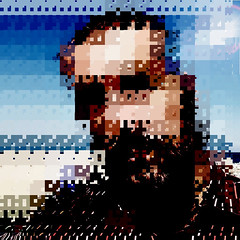 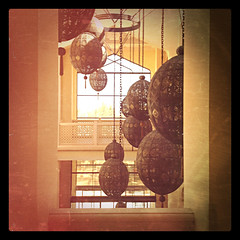 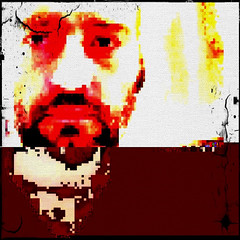 Oman is a little bit like the timid nephew of the economic bullies in the gulf region. Having fewer oil reserves at its disposal, the country has not been relying as much on expat labor, meaning that Omanis, guided by over 40 years of benevolent, if autocratic, rule, have a national attitude that is more down to earth than in the other oil states in the region.

That is not to say that the country was a backwater before the discovery of oil. It is said that the queen of Sheba took frankincense from the mountains of Oman, rich from its spice trade, with her, to see and impress king Solomon.
And, even much later, Oman was a naval power to be reckoned with. In 1856, when the then sultan passed away, the kingdom was divided amongst his two sons. The one received the sultanate of Muscat, the present day capital of Oman, while the other got the sultanate of Zanzibar. Indeed, Oman and its people, for centuries, controlled the island off the East African coast and constituted a major influence in the Swahili culture of East Africa. In fact, the only two countries in the world where the somewhat obscure Ibadi muslim sect has a national majority is in both Oman and Zanzibar.

Oman being a connection between Africa and Asia is not only exemplified by its presence on the Swahili coast. The Batinah coast is home to the Baluchis, originally from Pakistan, and the Omani enclave to the north of Dubai is home to the Kumzari language which is a mix of Portuguese, Persian and Arabic.

But, now, virtually all of Oman is spanking new. 40 years ago, the country had only 7km of tarred roads and only three schools, at any level. But, with the the country's architectural style being very subdued, there are no jaw dropping skyscrapers to entertain visitors, like in the neighboring Emirates. In fact, the defining style being replications of kasbahs, say desert fortresses, the Muscat area, surrounded by dry and jagged mountains, more has a central Asian feeling than anything else.
Even so, the small backstreets of Matrah, one of the urban centers in greater Muscat, do have more than a passing resemblance to those in Stone Town. Some of the older houses indeed have wooden doors that could have been lifted straight from the capital of Zanzibar. But there is also a resemblance, and perhaps even more so, between Matrah and the whitewashed streets of Harar in Ethiopia, though Matrah is in much better shape. But also, the newfangled city gates in Oman, as well as the city walls, feel like fancy versions of those in Harar.

The souqs, markets, are like north African or middle eastern markets everywhere else, if perhaps quieter, cleaner and more organized. But it seems the majority of salesmen are actually Indian, or at least from the subcontinent.
But expats do not make up nearly as much of a portion of the population as in the UAE. Where in the Emirates it's close to 90%, in Oman it's about a third, meaning that many regular jobs are also done by Omanis.
Even more, I noticed about half a dozen destitute, begging, Omanis on the corniche, boulevard, of Matrah, Muscat's main port.

Tourism appears to consist of the older European kind, with a solid sprinkling of Asians. But all of the kind that, 20 years ago, would have headed to any of the beach resorts in the northern Mediterranean.
And they are dressed accordingly, which makes the mix of individuals that amble around on the city's walkways an eclectic mix of cultures and disparate histories.

The 'weekend' is on Thursday and Friday, which is not too common, with even the UAE having its weekend on Friday and Saturday, useful, if you want to have as large as possible an overlap with the business community in the rest of the world.
And on Fridays, the streets are so empty, pretty much all shops closed, that it feels like the zombie apocalypse has swept through the country.

But, I'm told, it's Oman's wild natural attractions that make the country so interesting. Sadly, due to Rwandair annoyingly cutting my holiday short by two days, I missed out on quite a bit of that, though did manage to take in a few glimpses. Reasons to come back, I suppose.