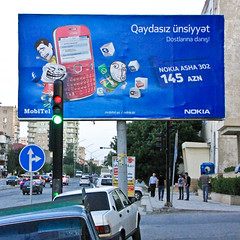 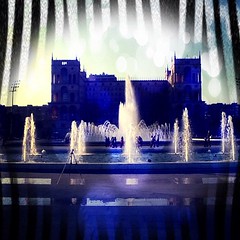 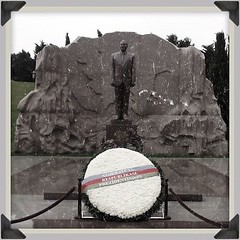 On the corruption perception index, maintained by Transparency International, Azerbaijan comes in at an abysmal 143rd place out of 183 indexed countries. In Europe, Azerbaijan's score is the same as that of Russia and Belarus and a fraction better than the Ukraine's. Though an oil-rich country, Azerbaijan's Human Development Index (HDI) is amongst the lowest five in Europe, only barely outperforming Georgia, Bosnia and Albania. In the press freedom index, which is maintained by Reporters Without Borders, Azerbaijan holds a horrible 162nd position out of 179, with Belarus being the only European country scoring even lower. The freedom index is maintained by Freedom House and lists Azerbaijan as amongst the three least free countries in Europe, scoring about the same as Russia, and marginally better than Belarus.
There are an estimated 70 political prisoners incarcerated in Azerbaijan. There are no members of opposition parties in parliament. The US embassy in Baku has compared the president's control of the country to that of a mafia boss running his criminal outfit. The president's 15 year old son owns millions worth of property.
The president's son in law was the intermission act at the Eurovision finals.
Development of Baku is primarily superficial and has been sped up for Eurovision. People have been evicted from their houses to make way for development related to Eurovision.
Demonstrations and calls for more freedom are violently suppressed, even in the week leading up to the Eurovision final (photos on Facebook aren't publicly available).

In a country where the minimum wage is 75 euros per month, and a Big Mac is about 3, the Azeri government has spent between 130 and 150 million euros on building the Crystal Hall alone (which is apparently a building that is temporary by design and will be torn down by the end of the year), with the total cost of Eurovision estimated at a staggering 1 billion. Official unemployment only barely reaches 1%, but hidden unemployment, 6 people doing the job of one painter, for example, all being paid too little to survive, is high.

All of the above is, obviously, pretty darn bad and opposition groups, like Sing for Democracy, calling the suppression of the Azeri people to the world's attention are needed and very important. And it's good that the above puts the EBU, the official organizer of Eurovision in an awkward position, some of which you can see in this excellent BBC documentary.

However, early calls for not having Eurovision in Baku or boycotting the event bring important attention to Azerbaijan's issues, but are also hypocritical.

Azerbaijan needs to go through a lot of chance before it properly can compare itself to the European nations it seemingly wants to be grouped with, but calling for a boycott after the country won last year does not make sense. The political situation in Azerbaijan hasn't changed much in the last few years, so if Azerbaijan's issues were really as important as some make it appear, Azerbaijan should have been boycotted from the first time they participated in 2008. What's more, Belarus, participating since 2004, and Russia, participating since 1994 and winning in 2008, should have been boycotted for similar reasons.
Furthermore, Spain, participating since 1961, was an outright dictatorship under Franco until 1975 and not a democracy until 1978. Hungary is turning into a police state, but that also doesn't seem to bother anyone, no one calling for a boycott of Hungary at Eurovision.

So, in short, yes, the current situation in Azerbaijan should be called to attention, but everyone should also realise that the EBU, nor Eurovision, is a political organization. Europe has agreed to the rules of Eurovision and if, then, a less democratic one wins the show and gets to host the next one, Europe has to accept the rules it set itself and not suddenly change its tune.

And anyway, if Eurovision should boycott Azerbaijan, shouldn't every single international organization?

Talking to the opposition

Benno and I met some of the guys from Sing for Democracy this week. First by accident, when we were having dinner at Araz cafe, where a few supporters were handing out little flyers explaining the issues Azerbaijan has with press, and overall, freedom. They were, reasonably friendly, but resolutely, asked to leave the cafe. We agreed to meet them the next day, first at some cavernous bar, then, later, at Araz cafe, the same cafe where a few of the guys we met were kicked out the day before. It was interesting but, sadly, the language barrier turned out to be a a bit too much of a challenge.
Benno and I were very interested in how these guys were perceiving change and how they expected the next few months to turn out, but we only got a nice afternoon and a verbal list of problems and abuse from the last few months. Interesting, but nothing we couldn't grasp from the international press.

Our primary interest was based on their claim that all the change you see in Baku was superficial and only done to impress tourists and officials coming in for Eurovision. We actually anticipated that and took walks through a distant suburb of Baku, as well as visiting the industrial town of Sumgayit. The suburb certainly wasn't very rich, but we've seen much worse situations in plenty of European countries, including several that are in the EU. The town of Sumgayit, supposedly a graveyard of Soviet heavy industry, and not a tourist destination at all, is completely being refurbished. Sure, refurbishment is 'superficial', but it's also actual positive change that serves the individuals using the facilities that are being upgraded. And the fact that this town that saw us as the first tourists in weeks, perhaps, is being upgraded means that, at least not all changes, are directly related to Eurovision.

Our overall impression was that, yes, a lot needs to change, but, yes, it could be significantly worse.

I believe that, president Ilham Aliyev's attempt to make Azerbaijan look like a modern country while suppressing dissent will backfire. To make the country in general, and Baku in particular, look like it works according to 'western' standards', quality of work and service has been upped significantly. I bought a train ticket the other day. "Passport!… please."
These changes, though within the framework of political suppression, also change people's views, expectations and attitudes and, overall, foster a more 'western' ethic, more service and quality oriented, which, in the somewhat longer run, will result in more and more demands for change by the Azeri people. My view is not unique, I'm siding with the former US ambassador to Azerbaijan on this.