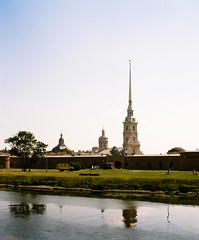 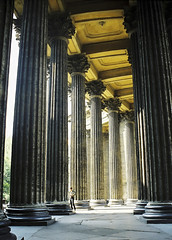 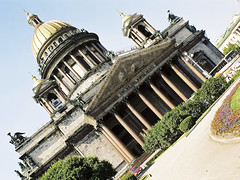 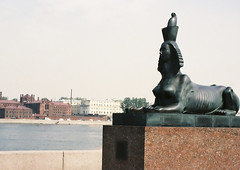 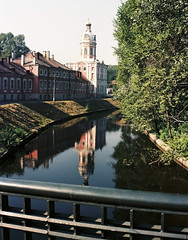 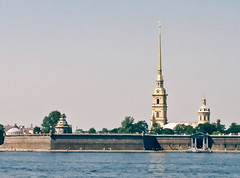 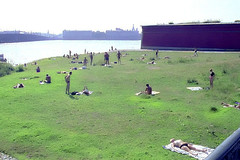 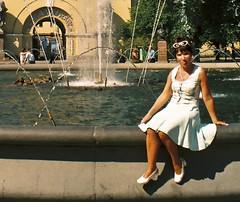 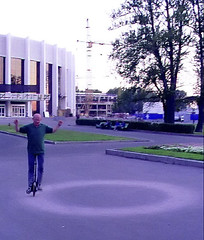 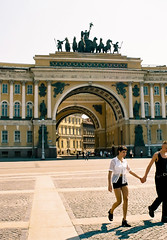 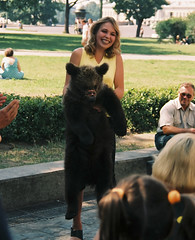 The train arrived later than planned, but delay was only about an hour. Surprisingly, although Murmansk is way, I mean WAY, up north, the train arrived at the Moscow train station. First thing I did was grab a shoarma. Then I went for the nearby HI St. Petersburg hostel. Not surprisingly, it was fully booked (and Charles, the guy I had met in Khabarovsk hadn't checked in either). They advised me to go to the Holiday Hostel, a hostel close to the Finland station. Having no choice, I headed there.

Most of the time I spent here, I didn't do much at all. My original plan had been to visit St. Petersburg another time, when I would have much more time on my hands for, for example, visiting the Hermitage. Although I had ended up here after all, I decided I wouldn't visit the Hermitage this time round, but that I would come back some other time, to enjoy the museum of museums. I did go to a theater show and visited the Gulf of Finland but mostly I had had it with all the site seeing. I just relaxed.

The hostel was OK. Not great. Staff was invariably friendly and not friendly, mostly, I guessed, because of the Soviet not-so-much-customer-oriented approach to guests. The hostel did have -a quite expensive- laundry service, but for me, convenience won it over price. Still, the beds, at 140Rubles (some $6) a piece were very affordable. The first night I had a four bedded room to myself, but the last two nights I was joined by an Australian couple who had been traveling the world for several months now. At least, the room had a beautiful view on the Neva river and to top it off, the previous occupants had left a Wired.

Apparently, St. Petersburg is a popular place for world travelers. The elder couple I talked to in Moscow also were going to St. Petersburg, and I also met another American couple in St. Petersburg, John and Loni, who had been touring for several months and were planning altogether to keep on traveling for about a year.

In the evening,Loni, John and me drank a couple of beers in a bistro that was pointed out to me by Alexandra, one of the girls working at the hostel. We talked for so long a time, mainly them telling of their journeys, Loni and John came close to missing the last Metro back.