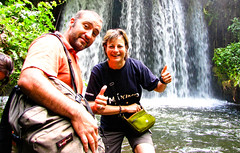 The sky is falling

A crater lake in western Uganda

Mountains of the moon in western Uganda 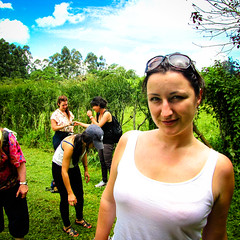 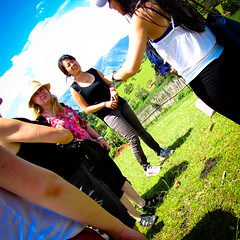 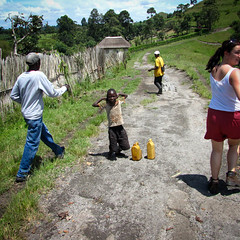 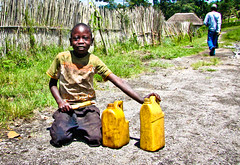 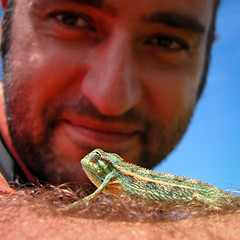 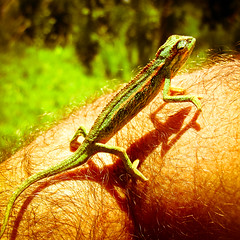 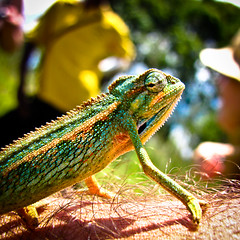 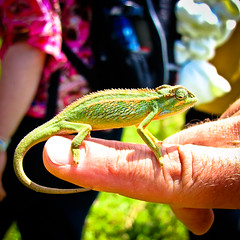 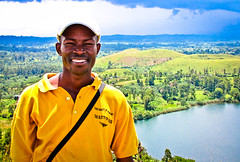 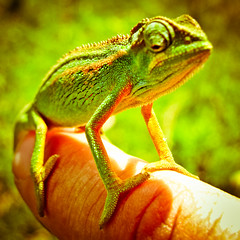 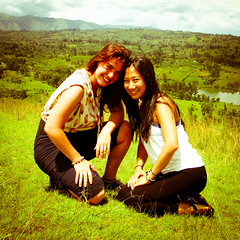 It wasn't Speke and Stanley who first went in search for the source of the Nile. Speke, though, was the first European to actually find the source in lake Victoria, the somewhat boring Speke monument just outside Jinja still reminding visitors of this.

The first credible claim for the source of the Nile is somewhat older, almost 2000 years old, in fact. The Alexandrian astrologer and historiographer Ptolemy wrote about the merchant Diogenes who, after being blown off course on one of his trade trips to India, beached somewhere on the now Tanzanian coast and made a 25 day trip inland.
The end of his trip brought Diogenes to, what he said the locals called, 'the Mountains of the Moon', which, he claimed, were the source of the Nile.

The Mountains of the Moon have been, though more recently, associated with the Rwenzori mountains, the mountain range in the west of Uganda, though some modern historians dispute the claim, suggesting Diogenes might only have gone as far as Kilimanjaro.
Diogenes claimed that the local name for the mountains referred to the mountains' snow capped peaks. Both Kilimanjaro and some of the mountains in the Rwenzoris are perpetually snow capped.

The actual source of the White Nile, the source of the other tributary of the Nile being the Blue Nile, originating in Ethiopia, is still somewhat disputed. Generally, it's accepted to be lake Victoria, but a few tiny streams coming out of the region to the south west of the lake are sometimes credited as the source, a British team of explorers for example traveling the length of the Nile in 2006, to it's "true source".
Still, a tiny bit of water coming from the Rwenzoris does end up in the Nile.

Related:  Make your own road

Fort Portal is the one major town in the foothills of the Rwenzoris, which mark the border between Uganda and the DRC. There is currently no road linking Fort Portal with the Congo, but the Chinese are building one, which would cut the journey for smuggling natural resources out of the Congo to Kampala by some 600 kilometers.
The mountains are gorgeous to walk around in, if apparently tougher than a walk up, say, Kilimanjaro.

Niamh and I only wanted a quiet weekend away, and only went for a small hike from the Amabere cave, the milky white breasts cave, so named for its stalagtites dripping with calcium rich water, up a hill with a view of three crater lakes.
Gorgeous views were taken in.