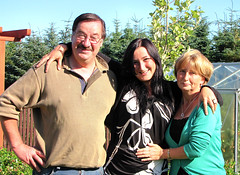 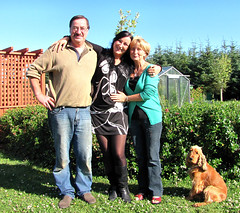 The dog just wouldn't go away 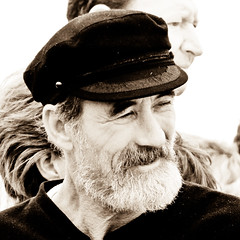 Then why build a gate? 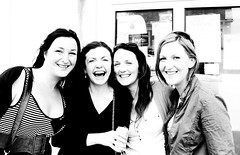 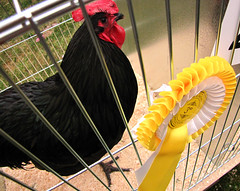 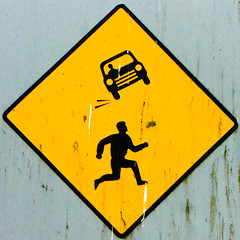 Mad drivers will hunt you down 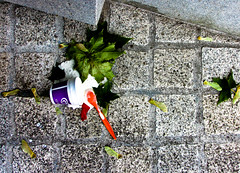 Pretty much all that is interesting in Waterford 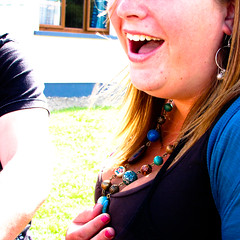 The boobs are out 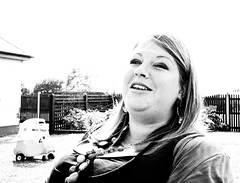 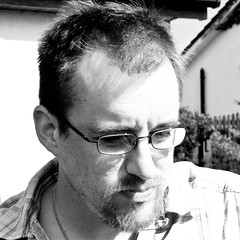 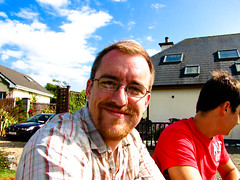 Alan is a happy man 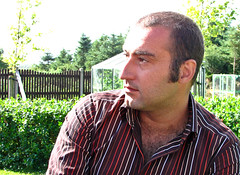 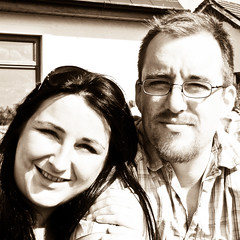 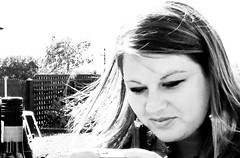 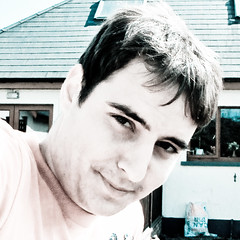 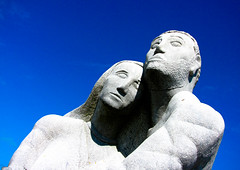 Meanwhile, in the commemorative garden 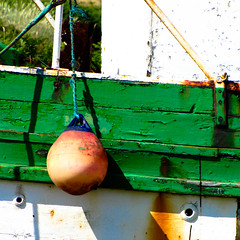 A boat on land 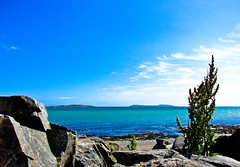 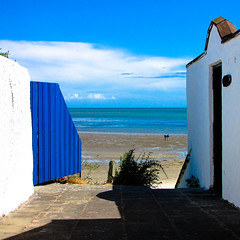 Down... on the beach 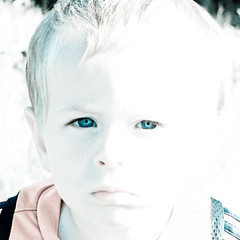 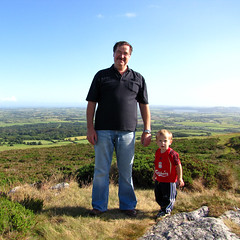 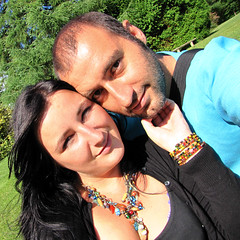 Visiting the family in Kilmore, close to Wexford, it’s Niamh first homecoming in 18 months. The sunniest side of Ireland, as the area is known, felt rather cold and wet, while they’re working on luring tourists with, amongst other things, the Wexford Festival Opera (sic) and the Wexford Strawberry Festival.
On the drive down, slowly, the scenery changed from what reminded me of Scotland to what reminded me of Kent, but most of the trip goes through a green corridor of trees, shielding the lovely scenery from view.

Our first weekend saw all the siblings, a total of no less than six, all visiting for the occasion, with add-ons, partying like everyone was 19 again, in Wexford town, where it was all the rage to slap each other around the face with your own open wallet.
Possibly a local invention, Niamh’s youngest brother Kevin later also introduced me to the terms curious claw, where a tight hug allows your hand to wander around a girl’s side to grope the sideboob, and 2am poaching, where, at the end of a night’s out, the stragglers left on the dance floor are much easier to score.

For the Barrys, it was the first time in years the whole family was together again. Niamh hadn’t been home for 18 months, but hadn’t seen her oldest brother Allan for three years. A family of six, it was quite the happy madhouse.

During our stay, we visited the nearby village of Kilmore Quay, population 400, no less than three times. We had our first and only fish and chips in Ireland there and were mildly entertained by the Kilmore Quay Seafood Festival, which also hosted a strongman competition, which turned out to be a mildly boring affair. Close to the village, you can check out the remains of what might have been a land bridge connecting the village with the Saltee islands, a few kilometers out at sea, called St. Patrick’s Causeway or St. Patrick’s bridge.
However interesting, there’s very little information available online to support this popular claim, the feature possibly simply being a natural formation.

We also imbibed other local culture, experiencing the Bannow Rathangan show, a local agricultural show and for some the highlight of the year, I’m sure, even though, certainly to most people’s chagrin, alcohol was not served. My favorite was the sheep herding competition, though the Wexford dairy and cheese tasting was a very close second.
The bake-offs and challenged talent competitions on photography, flower growing and knitting were slightly less interesting.

And we were keeping ourselves busy, professionally, too! Niamh had to get some vaccines in the nearby town of Waterford, the oldest city in Ireland, founded by the Vikings in 914 AD and now the country’s fifth largest. Surprisingly, it has rather little to offer, besides a few plaques commemorating old buildings no longer there.

Though summer has started, temperatures feel much more winter-like, to the extent where on several days, not evenings(!), we were able to see our breath upon exhaling. I mean, seriously!
That said, we were told several times that this year’s summer is the best in half a decade. OMG.

Apparently, however, the weather is doing wonders for Niamh’s dad vegetable garden. Though his primary business is building furniture, particularly kitchens, his satisfaction seems to come more from perfecting the produce from around the house.

The beauty, or lack thereof, of roaming

In this age of connectivity, you expect cellphone roaming to simply work. And if it doesn’t, but pretends to, you don’t easily find out. It seems that at least some SMSs directed at me never arrived. Including those telling me I had new voice mail messages. Grr grr.

Related:  Some chills in Budapest
This text is available under a cc-nc-a license.