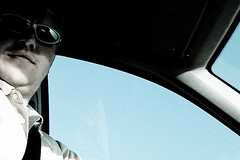 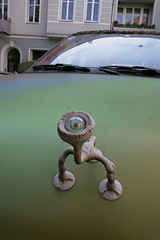 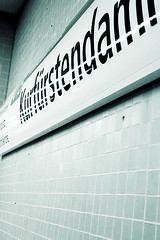 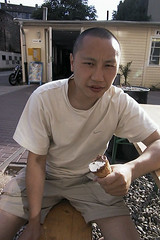 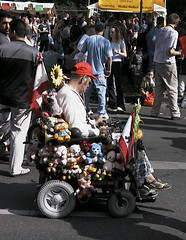 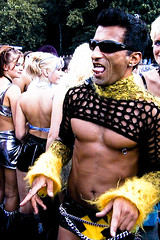 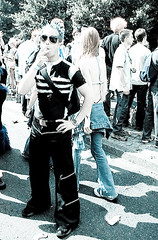 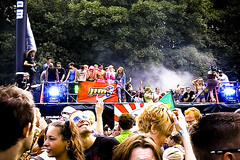 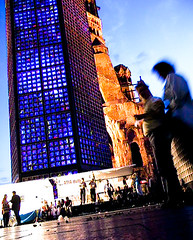 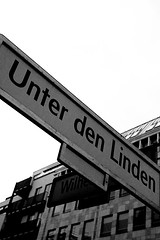 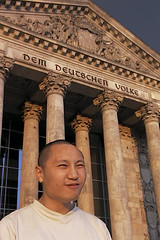 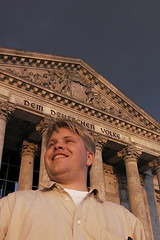 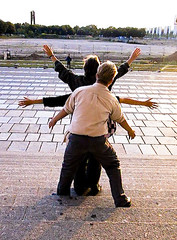 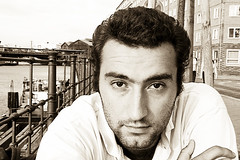 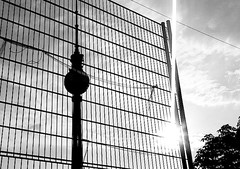 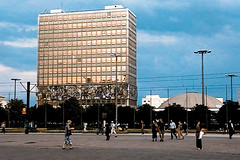 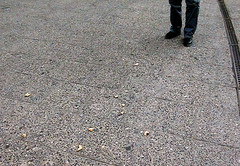 The coolness of Wong 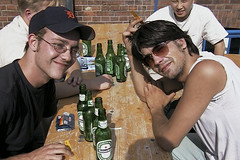 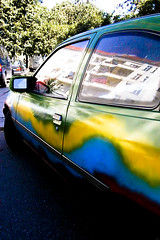 Not the Veto bak 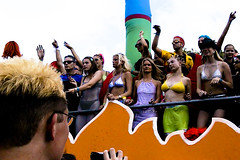 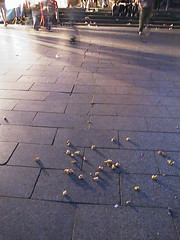 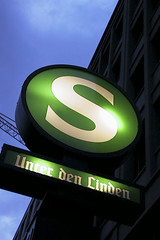 Many friends showed interest in coming along, but in the end I teamed up with only Wong and Joost. It meant we would have some room left in the car and together with Joost, I came up with the idea of getting in touch with some hitchhikers organization to fill up the remaining seats. No less then eight people reacted to our ad and we ended up with Ivo and Joris, two students at the Academy of Arts in Utrecht, studying documentary photography, whatever that might mean.

Not that they were unfriendly guys. 'Au contraire', albeit a little bit weird. During the whole trip, and afterwards, they made no signs whatsoever, not even when pressed, that they were actually in any way interested in a regular bed for the coming weekend. You have to consider here that their trip back to Holland, not with us, was at least two nights away.

Related:  Hashing in the mountains

Finding the hostel we booked, the A&O Backpackers hostel, was more a question of luck then anything else. Nicely located, with its own sun-loaded terrace, the hostel was quite good. Although the other guests, mainly young and female, helped a lot in achieving that status. A pity that hostel staff was rather unfriendly. Then again, this might have been related to Ivo wanting to steal one of the new mattresses that was just being delivered…

The last time I had really visited Berlin, as opposed to traveling through, had been before the wall came down in '89. I won't digress on how much things have changed, because everyone has been saying that over the past couple of years. Still, this Friday had a twist to it. Not only did we get rid of Ivo and Joris quite easily, the city was also littered with youngsters, in anticipation of the next day. Everywhere, and I mean everywhere, youngsters in fancy clothes were already hanging out, waiting for the big one.

Meanwhile, although Wong had been in Berlin as far back as 1984, Joost had never been to this wonderful capital. Therefore, we had to see some sites.

The LoveParade was quite nice. I made a bunch of photos for portreat.com, and the whole parade itself was wonderful, with a bunch of naked men being something of a high/low point. Unfortunately, not everyone could take the pressure. If anything, the number of great behinds was astounding. And, funnily enough, the recently deceased Dutch artist Herman Brood had apparently returned from the grave for this parade, just to shock everyone.

Being too tired of jumping around all day, part of the evening was spent watching the totally terrible movie Tomb Raider, only vaguely interesting because of Angelina Jolie's tits, though not enough to save the movie.

Next day, before leaving, we picked up Miriam who, just like Ivo and Joris, had found a place in our car through some hitchhikers organization. Living on the fifteenth floor of a former Eastern Berlin apartment complex, she had a wonderful view of her surroundings and a garden on the roof.