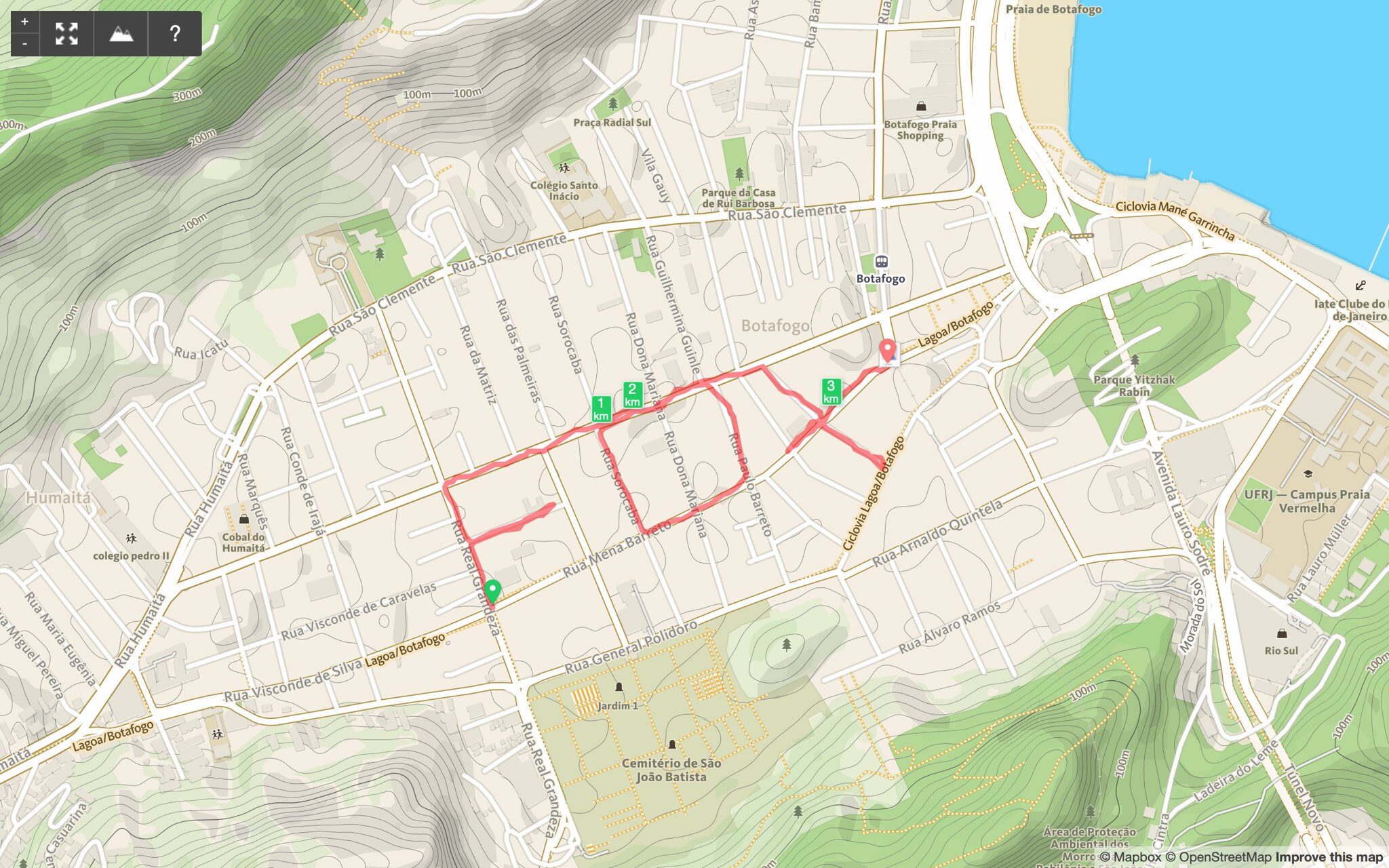 Amongst the many ways humans irrevocably change the planet, the slow, persistent, destruction of races other than our own, is perhaps one of the more painful features of the human-centred age, the anthropocene.

Verónica Perales, Spanish, when living in London at the end of 2017, was confronted with a dead urban fox, hit by a car, left on the side of the road. Realising the plight of the urban fox, slowly but surely being pushed out of the city, having a life expectancy that’s a fraction of their brethren living in wilder areas, she put together a piece where she’s using her phone’s GPS and a running app to make GPS art, writing the word ‘fox’ on the map.

Running, in a way flowing through the urban space not completely unlike how a fox would move through an urban setting, Verónica is bringing back the urban fox.
Or, as she puts it, she is ‘writing letters to the fox’.

We’re spending the week in Rio. On a nice Saturday, I decided to bring the fox to Rio.

Three is the magic number

After Rio, I wrote two more letters to the fox. One in Paranapiacaba, also in Brazil, and one in Medellin, Colombia.