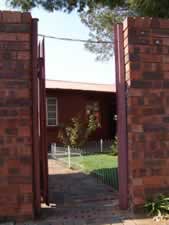 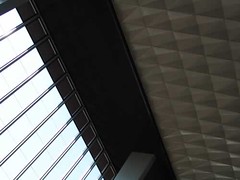 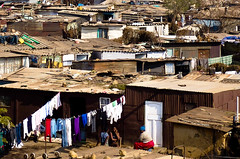 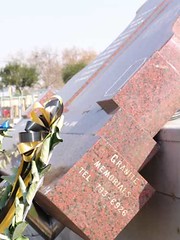 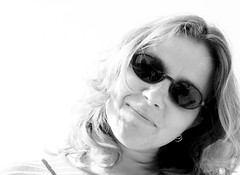 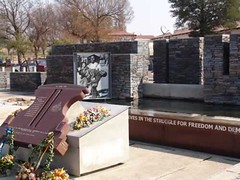 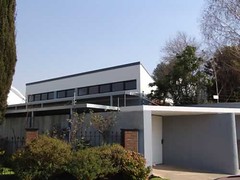 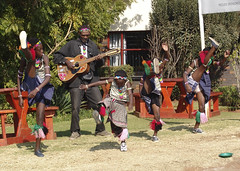 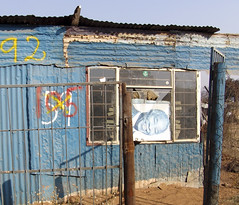 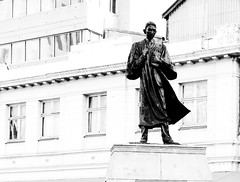 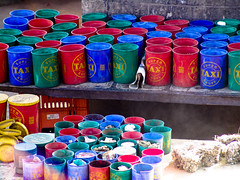 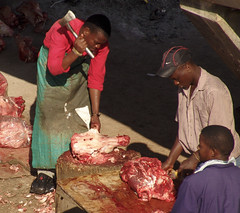 A bucket full of MEAT! 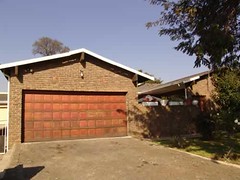 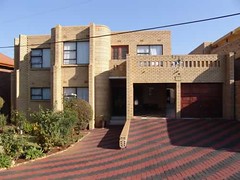 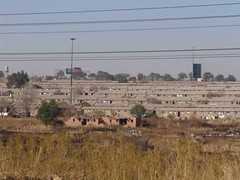 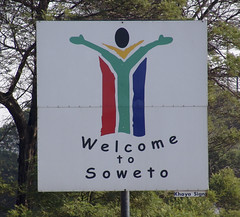 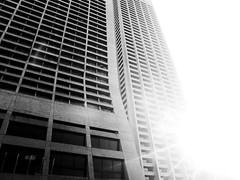 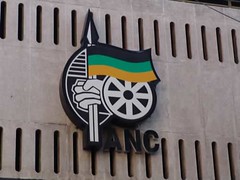 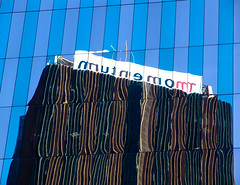 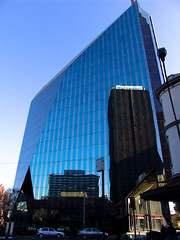 Before heading down to Soweto, we drove around downtown Johannesburg which, as I said, resembled an American ghetto. Dirty streets, chaos, tons of black people on the streets, many of them selling small stuff on the sidewalks.
During the years after abolishing apartheid, downtown Jo'burg has slowly emptied out. Activities now almost only limit themselves to the ground floor of the many sky scrapers in the CBD, the Central Business District. The most stunning example is the Carlton hotel in downtown Jo'burg. 800 rooms in a now completely empty building do nothing but wait for posterity. The hotel isn't 'not occupied', it's completely empty. All business have moved to the suburbs, leaving something more akin to a ghost town. The few businesses that still operate from downtown Jo'burg are all black and pay a measly 100 USD per month for some 100 square meters.
Whites, as a rule, don't venture downtown anymore, so I almost had to force Betsy to walk through the area with me after our tour of Soweto. We were dropped off in front of the Museum Africa by our tour guide and, after a reasonable walk around the museum, which housed a temporary exhibit of excellent political cartoons from the last ten years, we walked to the train station. Nothing happened and I didn't feel that uncomfortable, but I could see how the apparent chaos can scare people off.

Soweto was a surprise. Apparently, twenty percent of the houses in Soweto are considered upper class. This means these people own two or more cars, have houses that look like small castles and have a staff of maybe five to maintain their lodgings. Sixty percent are middle class. Relatively small dwellings, however all with their own, small, plot of land and, most of them, with running water and electricity. The middle class areas are home, too, to some of the whites living in Soweto. The remaining twenty percent, lower class housing, is what you generally see of Soweto, or any township for that matter, when you're abroad and watching the news: homes made of scrap metal, cardboard and iron plates with no plumbing and no electricity. In what, I suppose, made perfect sense, only black pigs were roaming these areas.
However, conditions have improved immensely over the past ten years although, still, poor blacks arrive at the townships in droves in search for jobs and money. Interestingly, where most of the poor blacks try to survive from one odd job to the next, the poor whites tend to have degenerated to mere beggar status.

In Soweto, we visited Mandela's old house, which has been turned into a tacky museum by his ex-wife Winnie and stopped by at Tutu's house, who still lives in Soweto, although his dwelling can now only be called VERY luxurious. We also saw Winnie's current residence, as well as another house, still owned by her, where, over ten years ago, Stompie Seipei was murdered in her garage.
The Hector Pieterson museum, as a memorial to the 1976 uprising in response to a government decision to educate only in Afrikaans, was well set up and, I suppose, moving. Also, Soweto is home to the largest hospital on the southern hemisphere.

We had planned to dine in Melville, but we were unsuccessful. We stayed at home, ordering something through Mr. Delivery, a very convenient delivery service, through which you can order from many restaurants in the area (who don't deliver) and have it sent to your door for a minimal fee.

It was already quite obvious that, compared to most if not all other African countries, South Africa is a REAL country. That is, a country where 'us westerners' could actually easily feel at home. Still, many small things could still use improvement. Some examples: the ticket office at the train station closed at 12:30, on a Saturday. After that, reservations were impossible. Calling in being no option either, since the office was now closed. Also, bus time tables appear to be non-existent.