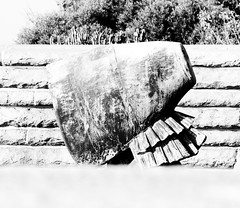 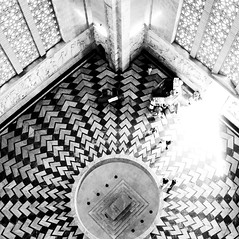 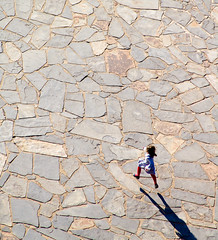 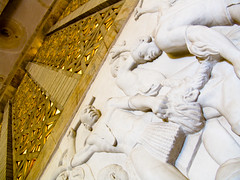 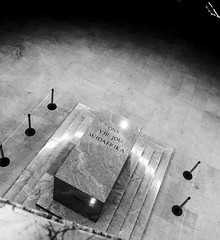 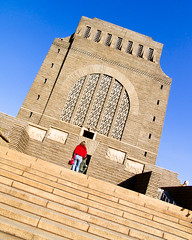 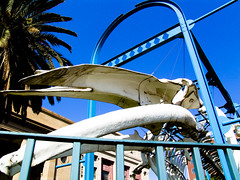 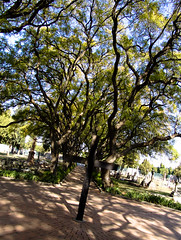 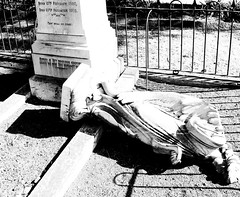 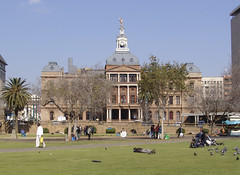 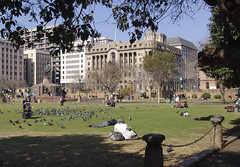 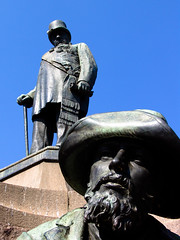 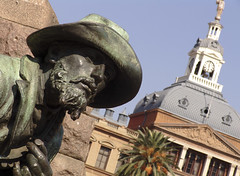 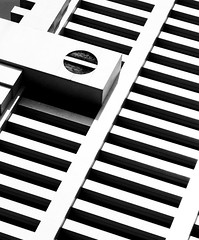 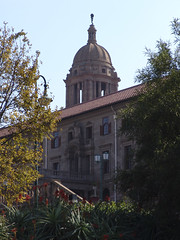 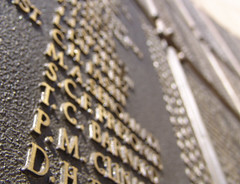 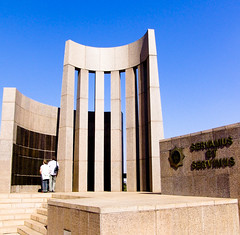 Before heading out, by train, to Kimberley, I really wanted to visit Pretoria. When arriving by bus from Zimbabwe, we had noticed Pretoria being a much friendlier city than Johannesburg and it also looked nice.
Yesterday, we had asked several of the bus companies operating from the main train station in Johannesburg, what time buses would leave from Pretoria. We didn't get very far, the most concrete piece of information being 'they leave every half hour or so'. When we arrived this morning, at around 9am, we were told we had to wait till after 11am for the next bus to Pretoria, only some 50 kilometers away. Trains, as it seems, aren't an option, since the long distance trains only run once a day and the commuter trains are riddled with crime, so we were told.

We ended up renting a car for the day. More expensive than a bus, but much faster, and it would allow us to see much more of Pretoria.
Parliament is as European a building as you'll ever get and the gardens in front of parliament appear to have been transported straight from the English countryside. Church square, downtown Pretoria, is really nice with all the turn-of-the-century architecture and the odd old-Dutch building (but what's up with, always, these black people hogging the grass by lying down flat faced).

The most interesting location in Pretoria is the 'Voortrekkers monument', a monument dedicated to the Boers who left the Cape colony to explore the innards of the dark continent. The monument reminded me of the Volkerschlachtdenkmal in Leipzig.
Inside, along the walls, is the story of the Boers, laid out in marble, while on the ground floor, there's a symbolic grave for all the Boers who died for their South Africa. Climbing to the top, you can see both capitol hill and Johannesburg, on a clear day. Apparently, South African government still requires for there to be a clear line of sight between the monument and capitol hill. In the past, this was so that the country's rulers would not forget their heritage and what these people had fought for.

Related:  Nap time
This text is available under a cc-nc-a license.