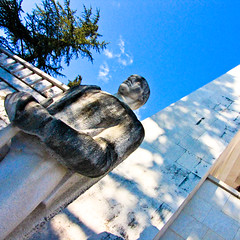 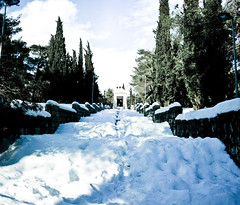 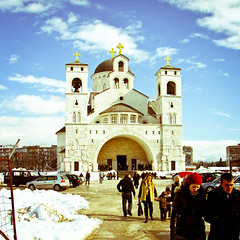 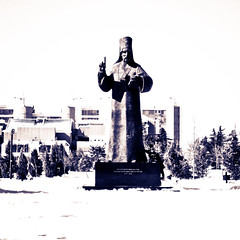 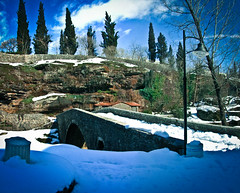 The bridge over the Ribnica 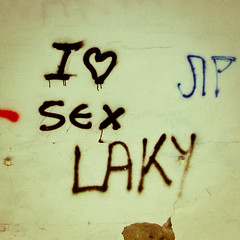 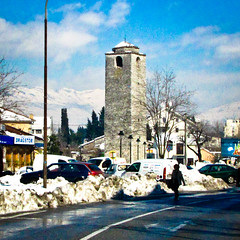 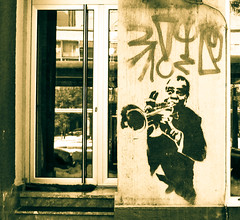 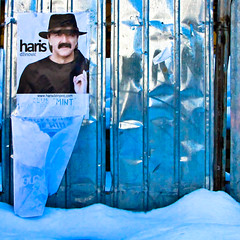 Podgorica, Montenegro's capital, seeing over 50cm of snow with towns upcountry close to two meters, meant the country experienced the heaviest snowfall in 60 years. This inexperience with large amounts of snow, and probably the lack of equipment to deal with it was the reason the roads and train line up country, to Serbia, were closed for many days.

Europe's newest country's capital's first impression is that it's very clean, almost clinical and boring. On top of that, the currency being the euro, it's pretty much like being somewhere just over the German border, in central Europe. Somewhere in the Czech republic perhaps. Or maybe northern Italy.
Then, with tourism in the capital being very limited, it's the Mediterranean coast in summer which pulls the crowds, the cheapest room I could find, clean, but feeling run down, set us back 30 euros for the night. Whereas an excellent room in a very modern hostel in Belgrade was only 18 euros.

Podgorica only reclaimed its former name in 1992, when it reverted back from Titoville, which was the name it was given after the second world war, to commemorate the father of modern Yugoslavia, who managed to skillfully steer his country's own course between the communist east and democratic west, after the war, while masterfully kicking out first the Italians, and then the Germans, during the war itself.
All six former Yugoslav republics had a city named in honor of the marshal, but only Montenegro's was a republican capital. Even though it only took this mantle after the war, taking it from the nearby Cetinje.

Related:  Top of the world

Montenegro is tiny. Some 150000 people in the capital and about 600000 in the country. 50% of exports and nearly 20% of GDP come from one employer, the country's aluminum producer. Add to that income from selling the .me domain, some 600000 and counting, and the result has been an economic growth of nearly 10 percent in the years after independence, that is, since the breakup of the union with Serbia, in 2006.
Still, the average monthly income is under 500 euros and unemployment comes in at some 12%. Though that must be a fairly relative number, as with 1.2 million tourists per year, employment must be significantly seasonal.