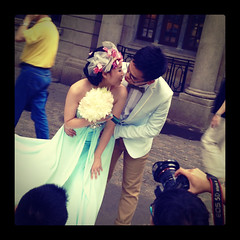 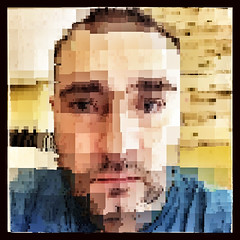 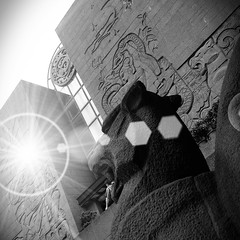 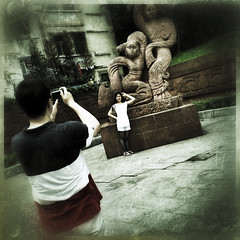 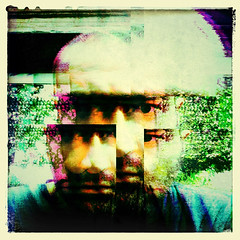 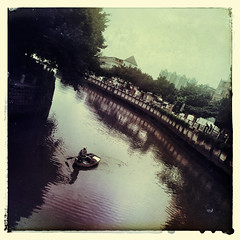 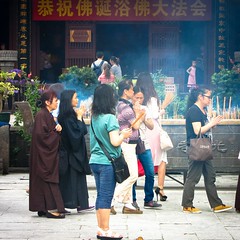 Guanghzou's province, Guangdong, is what gave the world the name Canton. Trading with the Europeans for hundreds of years, it was here that the Portuguese and Brits set up shop, claiming bits and pieces as their own turf.
Macau, filled to the brim with casinos, is now taking in more money than Las Vegas, while Hong Kong is living a precarious existence, perhaps slowly sliding into the state controlled straight jacket the rest of the country is challenged with. Guangzhou, meanwhile, is slowly attaining more freedom of movement.

Guangzhou under communism already had a less stringent connection with the west, annual trade fairs being the odd flirtation with capitalism and it is also here where, now, most of the Africans importing from China to their home country set up shop.

The small Shamian Island, in the Pearl river, was once under control of the French and Brits, used as a staging ground for their trade with China. With somewhat older architecture, the island still sports a faint hint of Europe and is popular for its leafy streets, packed with wedding couples and fashion shoots.

Arriving in a fiercely air conditioned train, I was wearing a sweater when I stepped onto the station's platform, only to be slapped in the face by tropical humidity.

Related:  Off to bed
This text is available under a cc-nc-a license.