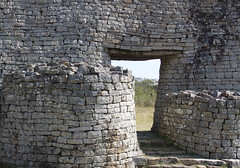 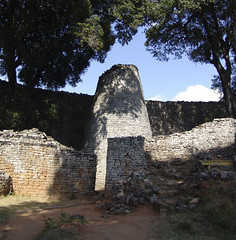 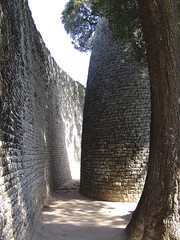 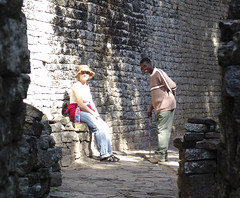 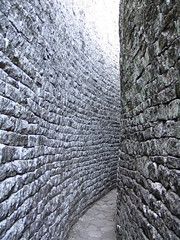 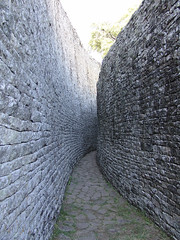 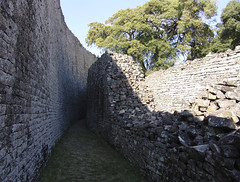 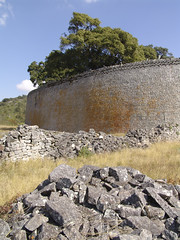 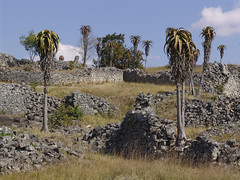 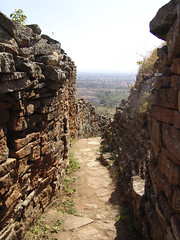 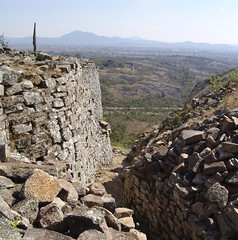 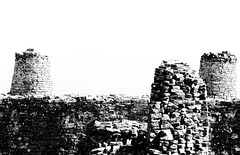 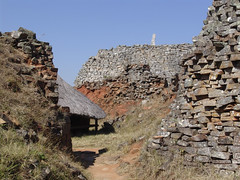 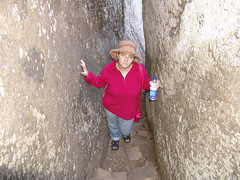 Coming up from behind 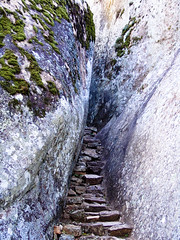 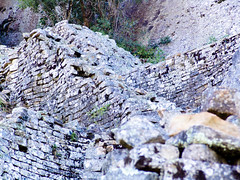 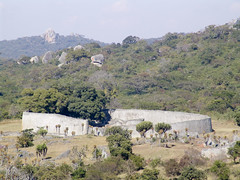 It appears there are two types of visitors to Great Zimbabwe. There’s a group of people who are awed and very impressed by the site and there’s a group who find the stories a bit overrated. I belong to the latter. Sure, the stone ruins, built entirely without mortar, are reasonably impressive but, besides The Great Enclosure, to me most of the ruins just looked like a neat stack of bricks.

We toured the grounds with a reasonably good but too talkative, guide, Philip, we had picked up at the Great Zimbabwe Hotel. Apparently, over the last couple of years, almost the only people still staying here are South Africans on organized tours, visiting Victoria Falls, Matopos and Great Zimbabwe in one go. Nevertheless, when leaving, we managed to get a ride with a Zimbabwean couple traveling Zimbabwe on their honeymoon.

Getting there, we had taken a commuter from the edge of town, which was one of the worst commuter rides in my life. Although this one bus was a bit bigger than the commuters that drive through Harare, it’s easy to see why the popular name for these vehicles is ‘chicken bus’: people transport everything with these buses but, for some reason, there always seem to be several chickens on board.
It was so busy, I had to stand but, as the bus filled up, I slowly had to bend backwards more and more for luggage that had trapped my feet and people with backpacks or bags being pushed towards the end of the bus by others embarking. The whole ride, I made a 60 degree angle with the floor. Well, as they say, there’s always room for one more in a chicken bus.

From the commuter stop to Great Zimbabwe is still a couple of kilometers, so we broke our journey at the Great Zimbabwe Hotel, where we had a well deserved coffee and snacks. Almost immediately, a baboon came down from one of the trees and started circling us. Soon, however he left. Then I went inside to arrange our guide. I heard a scream and walked outside, to have Betsy tell me the baboon just had jumped up to her, had stolen the small packs of sugar we got with our coffee and had run of quickly. Apparently, this other baboon at Betsy’s table, now gone, was reason the baboon took it easy earlier on.