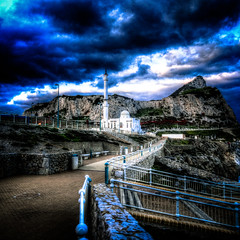 The south of Gibraltar 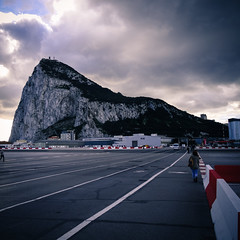 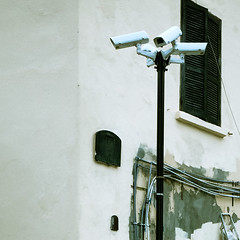 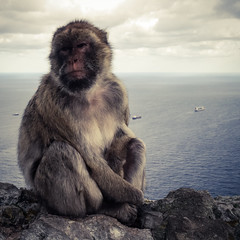 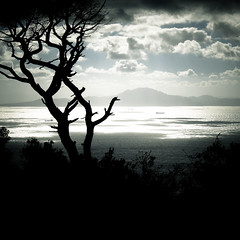 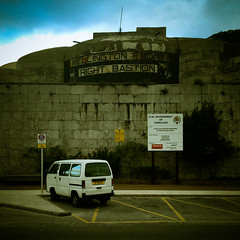 On the streets of Gibraltar 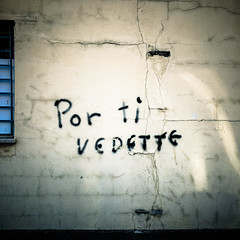 Crossing the border from Spain into Gibraltar recalls crossing between EU member and non member states in the early nineties. There's a discernible but unspoken sense of unease, money changers are everywhere, grubby cafes sell crappy food and uncommon nationalities hang out a stone's throw away from the border crossing, just doing nothing but smoking and looking around somewhat feverishly.

Passports are checked upon entry. Gibraltar, like the UK, is not part of Schengen. And, on an average day, the meager population of 30000 is augmented by the same number in visitors. Some come in on the occasional cruise, docking in Gibraltar, but most just cross the border from Spain, wanting to check out this modern anomaly, or needing to shop for dirt cheap alcohol, bottles of vodka going for as little as 2.5 pounds.

After the passport check, there's no option but to cross the runway of the tiny airport, constructed parallel to the border. When planes land or take off, booms come down and entry and exit to the little enclave is temporarily suspended.

There's little to see in Gibraltar. Except for Africa, or, supposedly, the southernmost pub in mainland Europe. And the rock with the only wild colony of monkeys In Europe.
The rock is very windy. Much of the coastline is half heartedly blocked from easy access, though a few beaches are being cultivated. When you make it to the top of the rock, you might just pick up Moroccan cell phone services.

At only 7 square kilometers, Gibraltar was ceded by the Spanish to the British as recent as 1713. The rock's name is a bastardization of Jabal Tariq, the rock of Tariq. Tariq was the governor of Tangier, who landed in Gibraltar in 711 to start the Moorish conquest of the Iberian peninsula.
The name stuck.

Related:  En route to the old capital of Siam

The term gibberish refers to a mix of languages somewhat commonplace in Gibraltar, people mixing up specifically English and Spanish in what's called Llanito.

While hiking the rock, I talked to a local girl who was playing with a young puppy. With a very cockney accent, I asked her were she was from.
"Oh, I'm just from here. Very boring, really."
Perhaps so, but with the pitch black hair, piercing dark eyes and light skin, she could have easily been either Spanish or Moroccan. Not so much typically British.