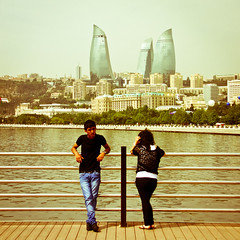 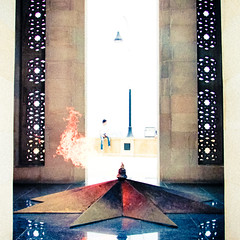 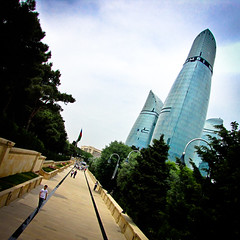 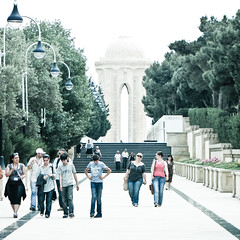 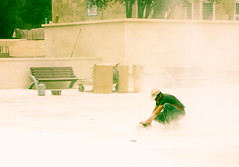 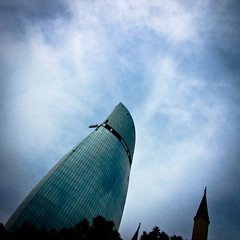 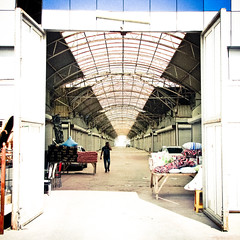 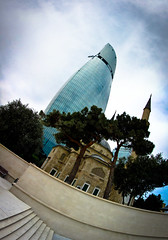 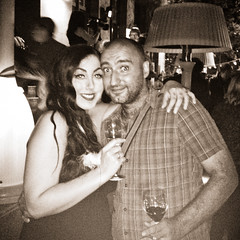 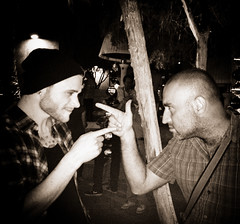 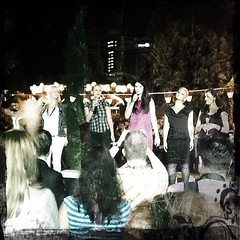 The #babes of #slovenia sing too slow for #eurovision 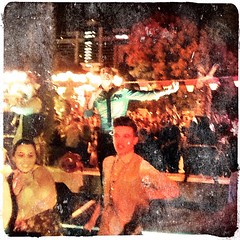 For #malta this is the night. Very poppy, very #eurovision. 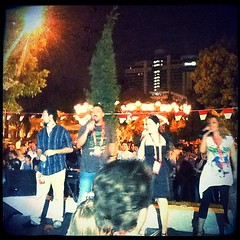 #portugal is too #enthusiastic for #eurovision 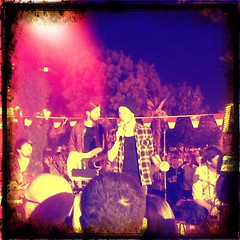 It ain't Lena, but it IS #germany for #eurovision 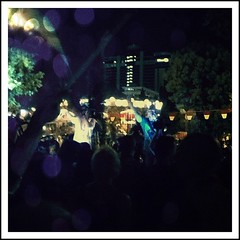 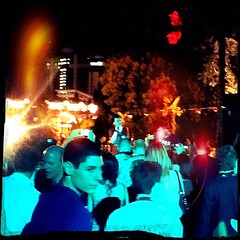 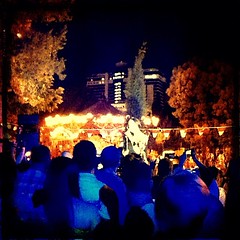 After drinking till three am on the day of my arrival, talking politics and whatnot, after not having seen Johan for 16 years, my Saturday morning was spent in a bit of pain. But there is no rest for the wicked. The afternoon and evening were spent at a braai, commemorating the end of the youth expat rugby season. Rugby being such a major sport amongst expats in the region, that every year, 2000 of them gather in Dubai to compete against each other.

It was only on the Sunday that I got my first real taste of Baku. We visited the airport market, a huge and sprawling bazaar on the edge of town, nowhere near the actual airport. The market, until recently, used to be close to the airport, but the thing was forcibly moved to its current location, perhaps or perhaps not because of Eurovision, to the opposite side of town.
This was followed by a first glimpse of Baku, strolling around the totally refurbished and very attractive downtown area. Johan's business is based in a 13 storey building close to the center of town, Fountain square. When that building was put up, some 15 years ago, it was the largest building in town. Now, it's being dwarfed by the fancy schmanzy high rises around it.

Baku's whole downtown area has been refurbished in the last few years, a lot of it having been done in the last few months. The sandstone buildings in downtown Baku were all soot covered and have been meticulously cleaned. Pavements have all been redone in gorgeous colors, even more fountains have sprung up all over town, not just on Fountain square, and the gorgeous boulevard rivals any and probably surpasses most. This has clearly become one jaw dropping little town.

Related:  Coming up for air

Sunday evening, the TROS, yes, the Dutch broadcaster, threw a party for Joan Franka, the Dutch entry to Eurovision, at the fancy restaurant Tosca. This invite-only event saw pretty much all Dutchees of Baku, a few dozen at most, as well as some colorfull additions, gather around for free food and drinks on a sizable terrace on Baku's boulevard.
Joan Franka, who's half Turkish, which was spotted by a few non-Dutchees in the crowd, by looking at her, does a very nice song, if a bit too similar, accent and all, to Lena's from two years ago. She chose to not enter the stage in her rather absurd American Indian outfit, which, I believe, is going to cost her a place in the finals. Near the end of the evening, I managed to chat to her and convey my apprehension for the risk of her not obtaining a position in the finals, based on her dress. "This is who I am, so this is what I'll do." I then pointed out that it could be construed that she had something of an obligation to the Dutch to try and make it to the finals. "The Dutch chose me, Indian outfit and all, for who I am and how I performed, so that is how I choose to perform at the show."
Not too unreasonable, indeed, but I doubt that outside of Holland, these views will be much appreciated.

The TROS went all out, hosting half a dozen or so other entries to the Eurovision. Roman, the German entry, is a fantastic singer, but his song is too slow. The Austrian hip hop entry is extremely energetic and, I think, stands a very good chance to make it big. Portugal tried a bit too hard, coming across as a tad incincere, while the Slovenian entry, a bunch of cute girls, were, well, cute, while their song was too much of a ballad. Switzerland and Malta both have a competent song, but don't stand out enough to stand a decent chance, I suspect.

There are still plenty of performances I would have loved to have seen live, standing mere meters, or less, away from the performers themselves. The Russian babushkas being one, Jedward being another.
On Saturday's braai, several of the guests had traveled on the same plane as Jedward, flying into Baku, and showed off some of their photos, with the two brothers sporting their absurd hair. They had visited the international school on Friday and, earlier in the week, one of the brothers had pushed the other into the pool of the hotel they're staying at. When he emerged, his hair was still towering high, the water having had no effect whatsoever.

Baku is very much a city where rumours and hearsay play major roles. The government's restriction of a free press means that no one has the full story while all have their own view, supported by their own experiences, extending them to create blanket statements only partially, at best, based on facts. Indeed, the general lack of reliable information fuelling rumours feels very Soviet-like.
The earlier mentioned forced removal of people in order to build the Crystal Hall is one example. The Crystal Hall was built on newly reclaimed land, meaning that no one was forcibly removed to build the actual hall. However, people were removed to create the feeder highways. But, I'm now told, apparently that that feeder highway was in the cards already for five years. But, it is said, people weren't properly compensated for being removed. But, I learned, they were given the option of being paid a market-rate for every square meter of their property or offered alternative, comparable, accommodation. But, then it was communicated, all those people had extended their properties far beyond what they owned, on paper, meaning that compensation reflected their official possessions, not their actual possessions, meaning that, in short, they were whining about not getting what they thought they were due. In a climate of disinfirmation and lack of easy access to information, it's hard to uncover what is real and what is not.

Related:  Winding down in Fez

It is also said that 'Azerbaijan' doesn't care much about tourists for Eurovision. They want to make sure the officials are being put up and feted properly, and they want to put down a fantastic show, so that the projected 125 million viewers will want to be tourists to Azerbaijan next year, or the year after.

Then, it's said that the 'thousands' of Eurovision London cabs were not actually ordered for the Eurovision, as the first were already driving around before last year's win.

Then there are the conspirationists that say that, already two years ago, there apparently was talk that Azerbaijan was going to win the Eurovision. Two years ago, the country wasn't ready for it, yet, so they won last year's. Azerbaijan came in fifth in the year that Lena won, but Lena winning with such a big margin, the possibility of anyone taking the crown in that year feels unlikely.
Still, Azerbaijan winning last year was quite the surprise, particularly because the quality of the two singers left a bit to be desired, even though the song itself was very nice.