On to the coffee conner!

Pussy on the second and third floors 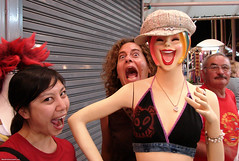 The one on the right is a mannequin 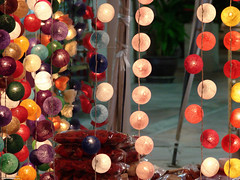 All those pretty lights 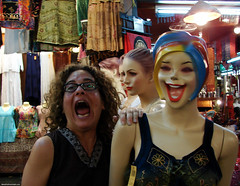 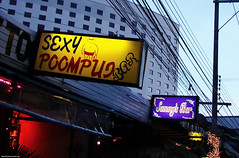 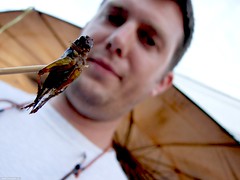 Todd, ready to eat the cricket 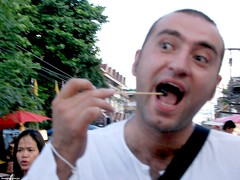 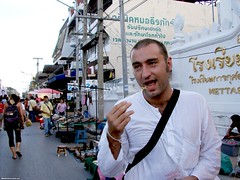 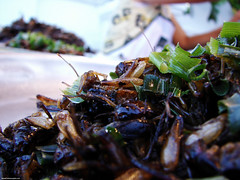 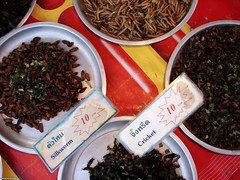 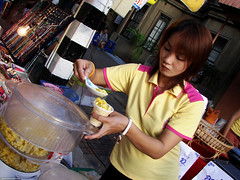 Child of the corn 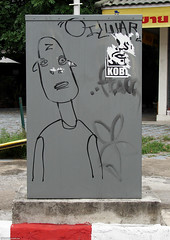 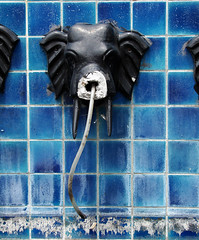 Who is the mole? 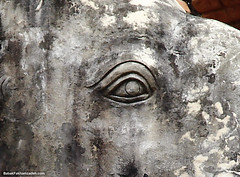 The eye of an elephant 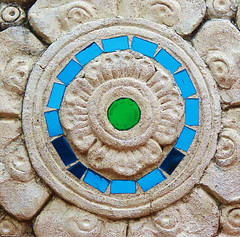 The monk who wants to buy a Ferrari 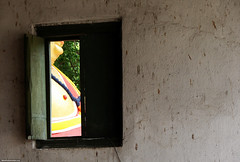 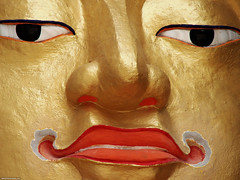 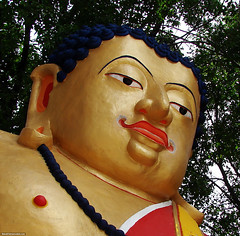 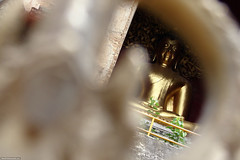 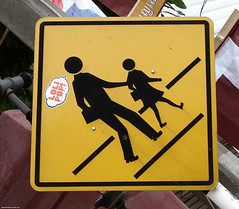 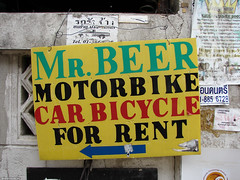 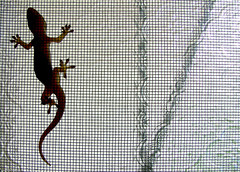 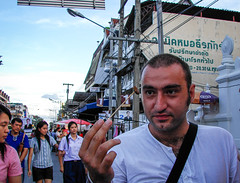 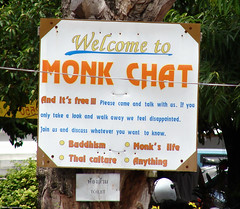 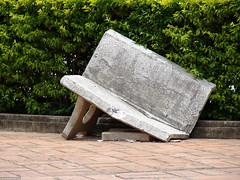 Lots of them: crickets, silk worms, beetles and then some. And…. wait for it… I ate them. Fried, not raw.

Actually, it's much worse than it sounds. With them being fried, the only thing left is their external skeleton, the hard bits. And they taste like overly used cooking oil. But they still look like bugs. And that's disgusting.

Besides eating the fried bugs, you can also go native by submitting yourself to a Thai massage. I had one on Sunday and although it's said to be painful, I could only describe it as being quite enjoyable. And, no, that's not because of the happy ending. I wasn't even offered one! Then again, the lady doing the massage was past her sell-by date anyway.

Also, we visited the night bazaar, the most touristy place in town, where you can find German, Dutch, Italian restaurants, as well as McDonalds, Burger King, Starbucks, Subway and whatnot. And DVDs for 80 baht (around 1.60 euro), PS2 games for 120 baht and more clothes than you can wear in a lifetime.

What's for dinner in Thailand? Part 12

The most popular Iranian on the web?

In a recent post, I mentioned my website was slightly less popular than Reza Pahlavi's website. Reza Pahlavi being the son of the last shah of Iran, and to some the last hope of Iran being able to some day resemble a 'modern' state again, that is not all too bad an achievement.

Related:  No way back

But! According to Alexa, my website is now more popular than the former king's son's. A quick check on the interesting BlogsByIranians seems to support this.
Are you now looking at the most popular (semi-)Iranian blog on the internet?
Unfortunately, hosted blogs (Blogger and such) don't let themselves be measured with Alexa.