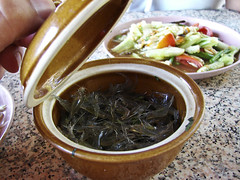 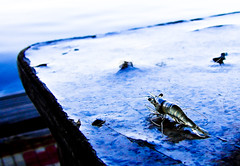 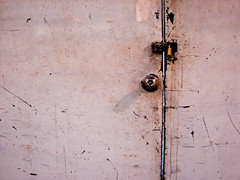 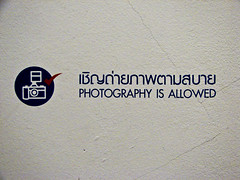 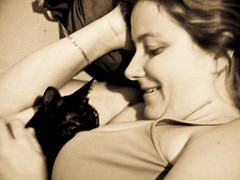 These people. Fried insects are one thing, live jumpy shrimps another.

Just to the north of Chiang Mai, on the shores of a small lake, it’s nice to spend a relaxing afternoon under the canopy of a small hut, enjoying freshly made food and cold beers. Or sodas as I’ve significantly lowered my alcohol intake since my bleeding headache on January 1.

The thing to eat, here, are the dancing shrimps, kung den (or gung den). No variety show, they’re small shrimp served in brine with chillies and herbs.
Of course we ordered them and, shortly after, were served with a small clay pot, with a lid.

Curious, opening the lid, the shrimp jumped in all directions, trying to escape. Quite startled, Betsy was the first to brave one down.
A few live ones later, we decided to let the ones that still moved go. The rest, some of them we ate. Or tried to.

Related:  The King and Neoism
This text is available under a cc-nc-a license.