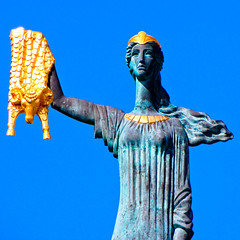 Look at this fleece, I mean look at it 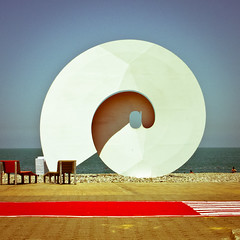 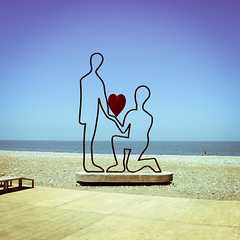 Love on the beach 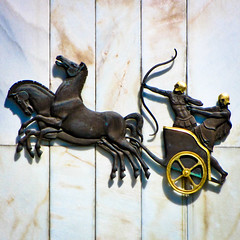 Shooting your horse in the back of the head 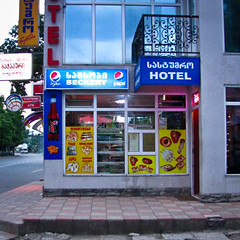 I get my bread at the beckery 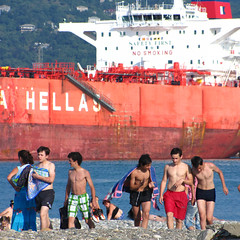 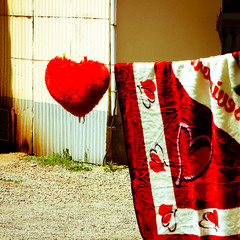 I hang my heart out to dry 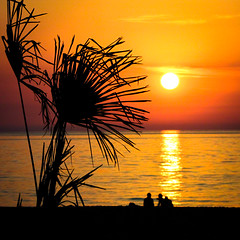 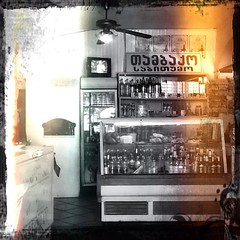 Off to #Asia today. You? 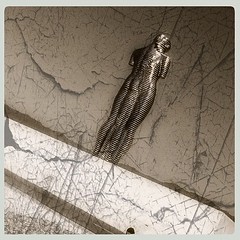 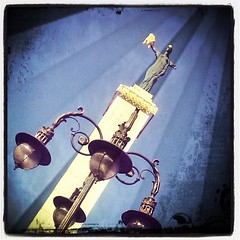 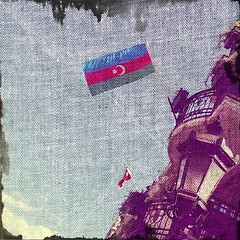 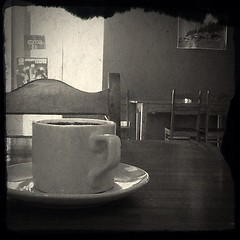 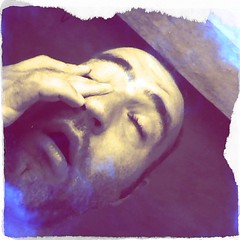 I somehow managed to oversleep by three hours. Good thing I'm on #holiday! 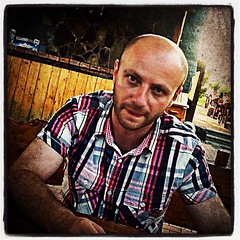 Dinner with my host, Jack 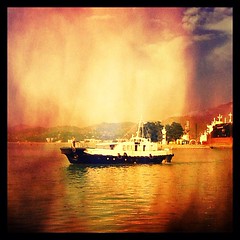 Going out to #sea in #batumi 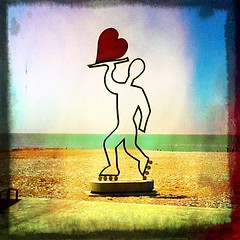 Who ordered the #love platter? 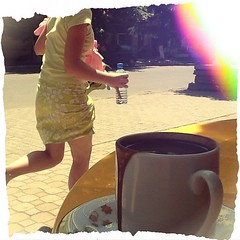 Who said something about coffee? 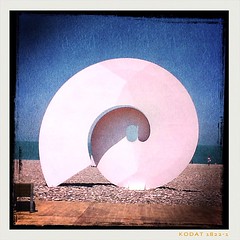 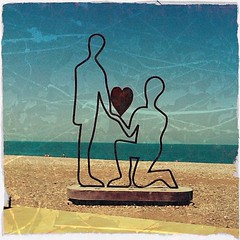 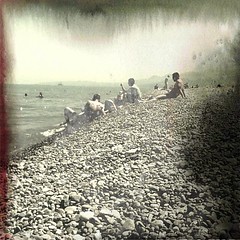 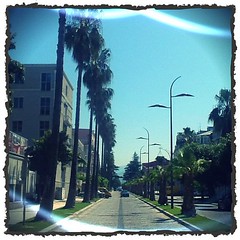 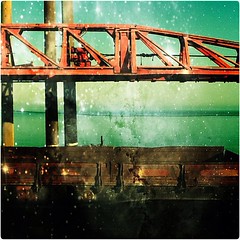 Once, I suspect, similar to the many other tourist destinations on the Black Sea, Batumi differs at least in that, according to wikitravel, kissing on the seaside bulvar is fined with 50 Lari, about 25 euros.
But also, the city is being metamorphosed into a city wide palace, on the verge of Disney kitch, though so far just stopping short. Which probably means there ain’t too many Russian tourists coming down to Batumi… Yet.
The city faintly reminds me of Baku; the old buildings have been refurbished, while obscure new ones have been thrown in their midst.
It would be interesting to see how Sochi has changed since I visited 13 years ago.

The city’s main square, still half unfinished, contains a pillar with, on top, Medea holding the golden fleece. That’s right, Jason and his Argonauts came to the Black sea coast of Georgia to try and wrestle the golden fleece away from a never sleeping dragon. Medea, daughter to the local king, promised to help Jason on the condition that he would marry her afterwards.

Historians have suggested a heap of real-world explanations for what this fleece represented. One of the explanations refers to the fact that fleeces, a sheepskin or rams skin, we’re used at least as early as the 5th century bc, in the Batumi region, to sift nuggets and dust of gold from mountain streams, by letting water run through them. After collection, the fleeces would be hung out to dry and, then, combed.

But what is this Caucasian fascination with musical fountains? Batumi alone apparently has three.

Nice bonus in Batumi: A cute Ali and Nino sculpture.