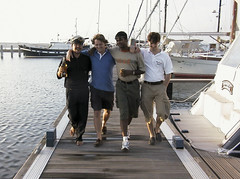 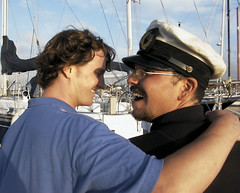 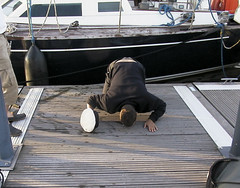 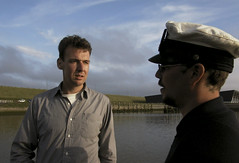 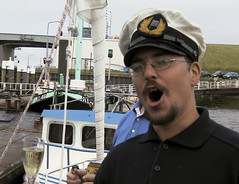 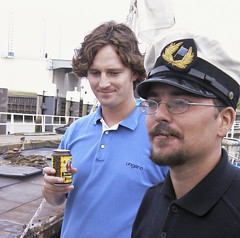 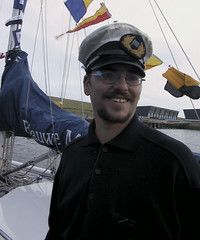 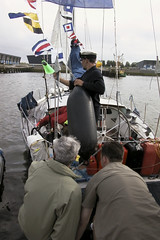 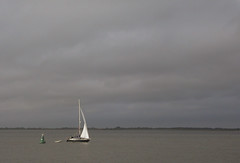 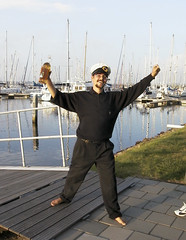 And so it ends.

I’ve been meaning to write ever since I flew back from Bermuda, but never came round to it. What a shame indeed.
I’m happy I managed for Jim to have Internet access on board, during most of the trip so that you all were able to read on what was happening out at sea and I have to admit that, although I was impressed by some of the stuff they encountered, part of me was happy to not have to sit through the heavey storms. Meanwhile, feeling very ashamed that my nerves weren’t up for the trip, I visited France and Luxembourg and flew to Cyprus and had quite a bit of fun back in Holland.

At first, we mistook another ship for ‘de Blauwe Maegd’, waiving at the crew and all, but it took longer as we expected and hoped, since a storm, thunder and heavy rain were giving us a bad time shortly before Jim arriving.

Still, the homecoming was good: the sun started shining again, temperature rose and, in the evening, we were some 12 people alltogether, drinking the cold beers everyone seemed to have taken with them. It was a good final night after an impressive trip.

Related:  Of German blood
This text is available under a cc-nc-a license.