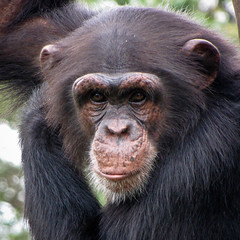 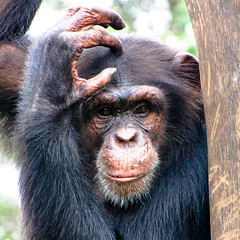 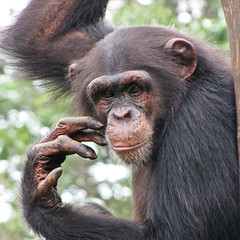 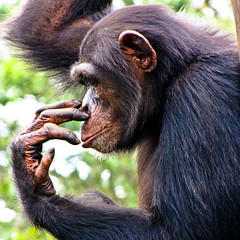 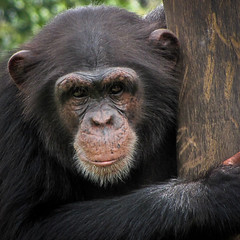 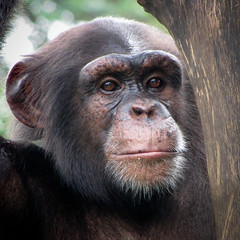 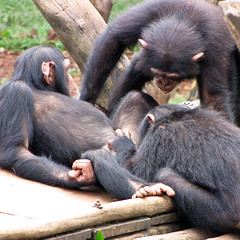 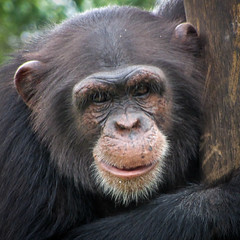 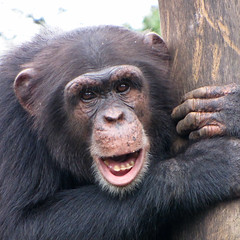 I gotz a tree 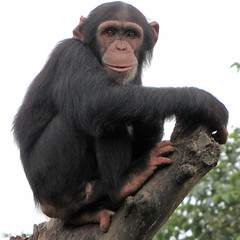 Look ma, top of the world 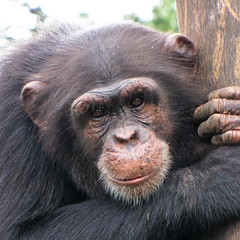 We visited the Tacugama chimpanzee reserve, in the hills of Freetown. Started in 1995, during the civil war, to safeguard the survival of the small chimpanzee population in Sierra Leone, the reserve is currently a safe haven for some 100 chimps.
Quite commendable an undertaking. Strapped for cash, the reserve survives on charging entry fees as well as NGO grants. Major sponsors include the European Union, USAID and the cosmetics manufacturer Lush.

In the evening, at a going away party for Niamh's country director, we found that the average age of the expats in Sierra Leone is surprisingly low.

Related:  To the ends of the world
This text is available under a cc-nc-a license.