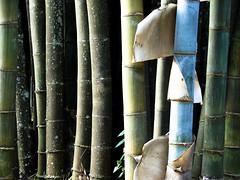 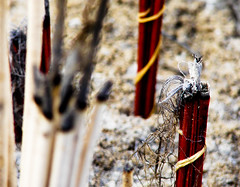 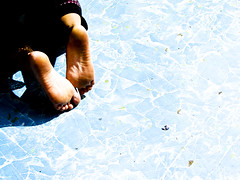 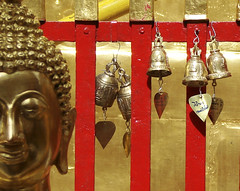 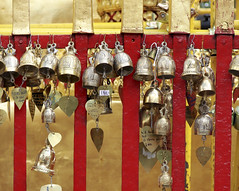 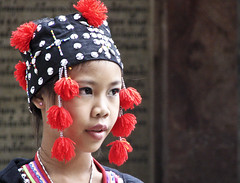 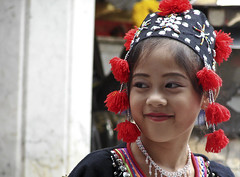 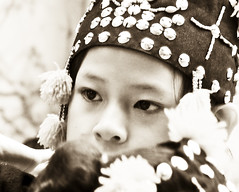 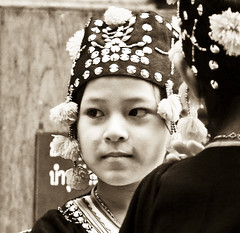 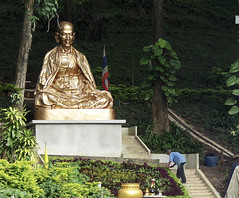 Before heading down to South Africa at the end of the month, I hope to spend a good week in Cambodia. Angkor Wat, sometimes called the eighth world wonder, and Phnom Penh, capital of Cambodia, are both worth seeing and just around the corner.
However, border tensions around the Preah Vihear Temple, recently given UNESCO world heritage status and on contested grounds, escalated today with soldiers shooting each other resulting in at least one death. So I'm hoping the borders stay open.
Well, I can always head down to the beach. They say it's decent, in Thailand.

I've been leaving the door ajar whenever at home. Vlekje has not shown up.
I walked into the next door temple, which doubles as a bit of a cat sanctuary. A small black and white cat walked up to me, first looking at me, then mewing and demanding to be petted.

Managed to get the last available train ticket for going to Bangkok tomorrow, I drove up to Doi Suthep as well as Phuping Palace, just up the road from Doi Suthep. Doi Suthep is always worth it, but Phuping was a bit surreal.
Phuping is a royal residence but can be visited whenever the head honchos aren't around. It's primary focus is for plant farming (is that what it's called?), with some fountains and whatnot thrown in for good measure. All the while out of place music (like 1920s jazz) is playing from hidden speakers all over the top of the mountain on which the palace is located.

Today is Blog Action Day 2008. The idea is to have thousands of blogs talk about one particular subject to facilitate the building of awareness as well as the creation of fresh viewpoints. This year's subject is "poverty".

Related:  I prosecute the bad guys

Rouzeh pointed me to this event, which, conceptually, I really like. However, putting this in practice isn't all that straightforward. "Poverty" in essence, is a rather general subject. So general, that I, for one, don't really have much to say on the subject.
So I surfed a bit and came up with a few interesting tidbits:

+ Close to 12.8 percent of all Americans, about 31.5 million people, were classified as poor by federal standards; that is, they sustained an income of $12,675 or less for a family of four. This group included 10 percent of all whites and over 25 percent of African Americans and Hispanics.
+ Over 3 billion people live on less than $2.50 a day.
+ Nearly a billion people entered the 21st century unable to read a book or sign their names.