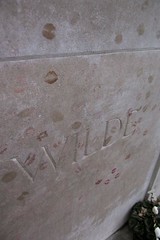 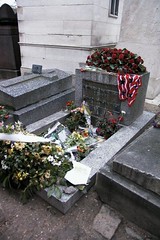 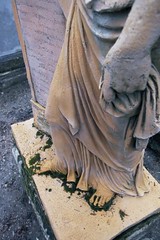 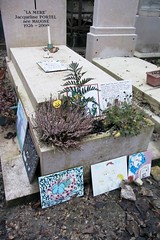 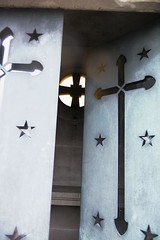 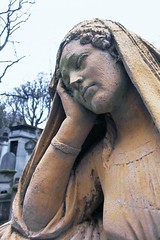 Wanting to be alive 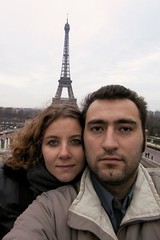 Betsy, Babak and a tower 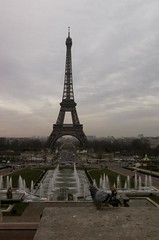 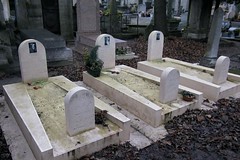 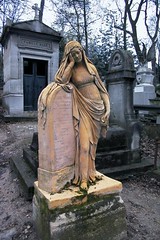 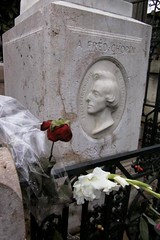 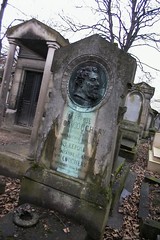 I should have known better. Visiting Paris around Christmas is NOT the best thing to do. Visiting Paris at all is already quite debatable and this time was no exception. The weather was only a few millimetres short of terrible and the prices were sky high. No wonder the French economy still isn't doing all that bad. They milk their tourists. "One coffee please", "That will be 5 euros, sir".

In October or so, a friend of mine, Post, asked me what I thought would be the cheapest means of getting to Paris. He was going to pick up a girl he knew from a trip to Mexico. Now, she was touring Europe (France, Switzerland and the Netherlands) and he was going to spend a couple of days in Paris with her and then take her back to Holland for a few days.

Being over-enthusiastic, I suggested going with him to Paris, together with my girlfriend. Paris, ze city of luve, could be a nice trip for us too, right? In the end, Berenice, Post his girl, turned out to fly into Amsterdam. She hadn't seen Paris yet and, for some reason, she needed to buy climbing gear there, so we still went to Paris.

Some years ago, I had already visited Paris around Christmas and the weather had been pretty bad back then too. Rain. All the time. This year was not different. I don't remember what the room was like we staid at back then, but this time, at the 'Peace and Love hostel', we got what seemed to be the smallest room on earth. Imagine a cupboard stocked with two beds. And then the lobby. Open until 2am and doubling as a cafe, a Moroccan 40-something plaid loud rap music all night long, for our pleasure. After we learned our lessen on the first night, when coming home the second night, we grabbed a beer at a nearby pub before going to bed.

Related:  Baltics and beyond

Still, Paris is nice. The Champs Elysse, the arc de triomphe, the Eiffel tower, the Louvre, Montmartre, the Sacre Coeur, etc. etc. What I don't like about Paris and other tourist hotspots for that matter, is that the place is losing its authenticity. Parisians avoid Montmartre like the plague, unless they're one of the artists making good daily bread. The Moulin Rouge is only visited by English speaking foreigners and underneath the Arc de Triomphe, the only people speaking French are the guard and visitors from Canada.

Prices were really silly. Five euros for a coffee is no exception. Strangely, meals were generally affordable. The same bar that would sell 5 euro coffees, would have a full meal at maybe 9 euros. "What will it be sir, two coffees or a complete dinner".

We were able to manage three nights. Our funds had dried up, while the rain hadn't stopped. A quick fix at Pere Lachaise, the Paris graveyard with the likes of Chopin, Oscar Wilde and Jim Morrison and 'adieu Paris'. I needed a coffee.