The source of the Nile as Speke saw it

The source of the Nile and lake Victoria

Close to the source 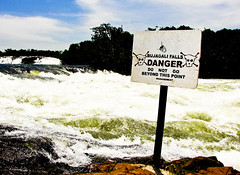 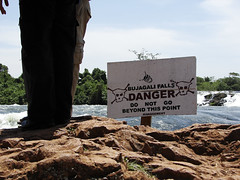 Do not go beyond this point 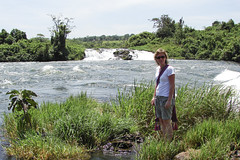 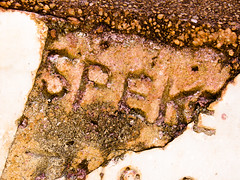 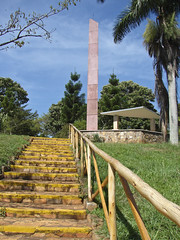 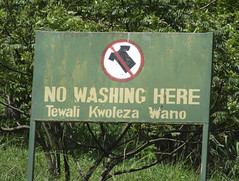 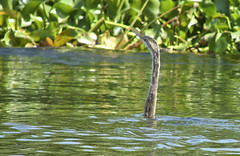 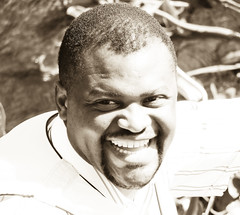 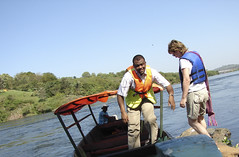 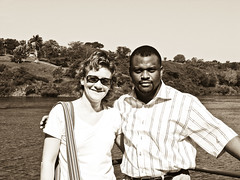 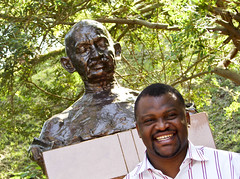 Ghandi and Roman
World » Uganda » Jinja » The source of the Nile

On my one day off, Sunday, I still had to work, but only half the day. In the morning and early afternoon, we took a taxi to (one of) the source(s) of the Nile. This one starts at lake Victoria and is already quite impressive.
We took a small boat out on the water, visited the Speke monument and then went on to Gujabali falls, a series of rapids close to the source.
Speke is the character who ‘discovered’ the source.

There’s a good writeup on the discovery of the source at Wikipedia. Interestingly, the first time the whole length of the river was traversed was only a few years ago.

Back in Kampala, my coworkers went back to work, while I gave myself a little bit more time, visiting one of the, globally, few Baha’i houses of worship, just on the edge of town.

There’s a brand of cigarettes called ‘Sportsman’. Meanwhile, I haven’t seen anyone, except a few mzungu (farang) smoke.

And then, like in many other countries, using a cellphone while behind the wheel of a moving car is not allowed in Uganda. However, surprisingly, whenever our driver, which we had for most of the first week, would get a call while behind the wheel, he would actually stop the car before picking up the phone!

Related:  Visiting Murchison Falls
This text is available under a cc-nc-a license.