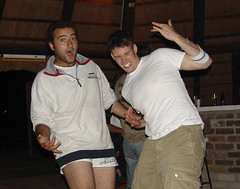 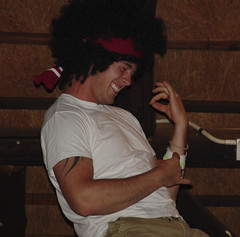 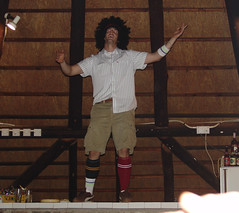 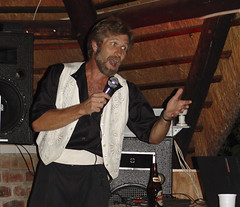 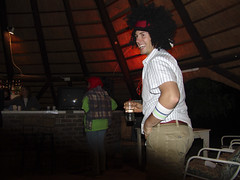 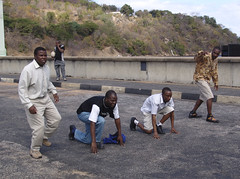 Ready to run across the border 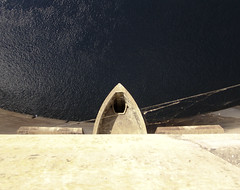 Between Zimbabwe and Zambia 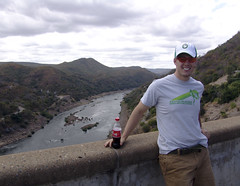 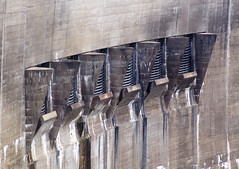 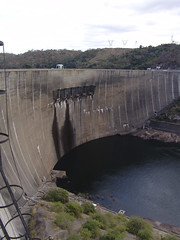 Holding back the water 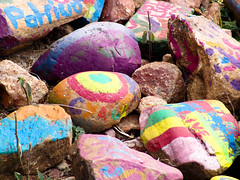 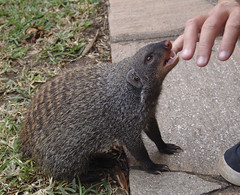 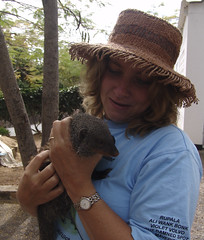 An animal... and a cute mongoose

During recovery of last night’s binge and before today’s run, on which Tanya started hyperventilating and we got chased away by an elephant answering Don’s call, we visited a friend of Steve’s who had the most beautiful view on the lake and a cool mongoose for a pet.
A mongoose is a rodent which thinks it’s a cat and whenever it claims something, like your shoe, or your hand, it will not let go. It bit my nose.

After Steve’s friend, the 10, or was it 12, of us, sitting like blacks in the back of a bakkie, we drove down to the dam wall, where we had to hand over our passports before being alowed on it.

Due to aging Zim hashers and a serious case of party the previous night, today’s dressup was a bit of a non-starter, although Multiple Orgasm did her best by swinging around with a nice looking copy of male genitals.
Still, Trent went totally nuts, dressed up as a cross between John McEnroe and Jimmy Hendrix, though we were lucky he only discovered his mistake the next morning.

Related:  Zim-Zim at Kariba
This text is available under a cc-nc-a license.