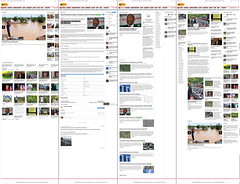 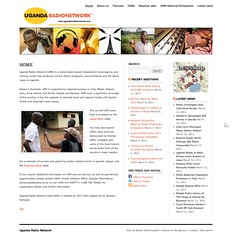 Uganda Radio Network, URN, is a subscription-based independent news agency in Uganda. News is distributed through an online article management system and, after having operated for half a dozen years, in early 2010, the organisation decided to move away from their existing system to a new solution to meet a range of custom requirements.
An awarded grant, via Twaweza, saw me recruited to implement this custom implementation.

Predominantly, URN’s clients are radio stations from all over Uganda. The news distributed often includes audio files which can be used by these radio stations, alongside regular news items.
In the past, all news was only available to paying subscribers. However, now, news is fully publicly available after a short moratorium.

The biggest challenge for building the URN website was not so much creating the article management system, but consolidating the content from two previous systems into one, both having been designed along very different lines.

In late 2018, the URN website underwent a full refurbishment, based on the Bootstrap framework.

The article management system’s first iteration used inspiration and work from a range of sources.