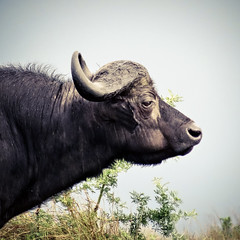 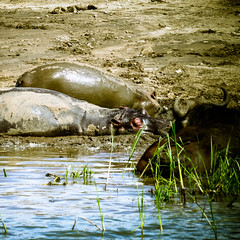 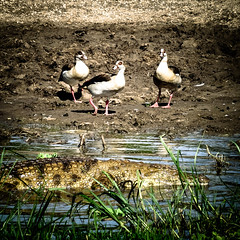 Trying not to notice 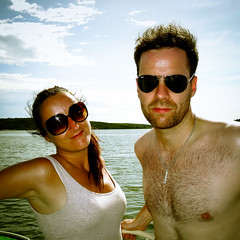 An ad for sunglasses? 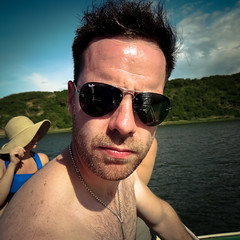 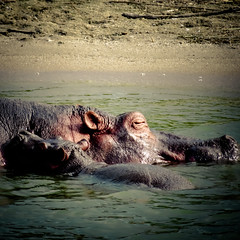 It takes two to chill 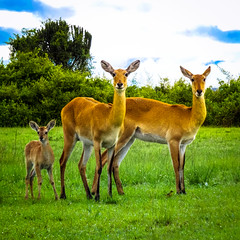 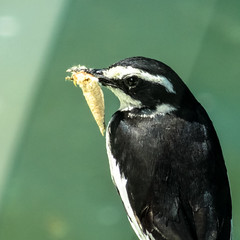 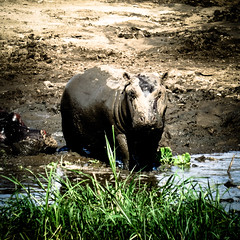 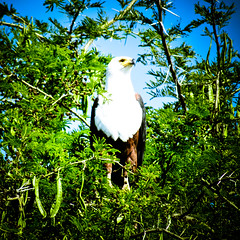 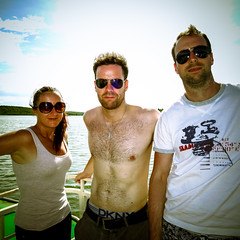 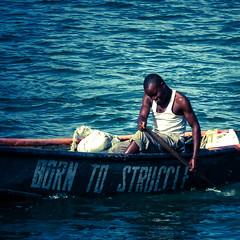 Kampala is seeing several new malls being developed at the same time. One, specifically, appears to want to be the Westgate (without the terrorist overtones) or Monte Casino of Kampala, but has been under construction for well over a year.
Another one, thankfully on our side of town, shot up in the space of a few months and has a branch of the only Ugandan chain of bakeries which actually serves good bread, BBrood. Here, BBrood is not only operating the bakery, but also serves coffee and sandwiches in a Wi-Fi enabled cafe. And they’ve now added stroopwafels to their repertoire, after earlier having started baking speculaas, krentenbollen and oliebollen. There is hope for Uganda, yet!
Sadly, the stroopwafels are not nearly up to Dutch standards.

In other news, one of Niamh’s brothers came over with a friend recently. We put our car through another week’s worth of suffering and visited Queen Elizabeth National Park as well as the Fort Portal area.
We had wanted to stay in the Lake Nkuruba area, specifically, but heavy rains saw us nearly get stuck for the night in the middle of nowhere. A hasty retreat later, which cost the car one of its eyes, we found ourselves not roughing it next to Lake Nkuruba, but enjoying the spoils in an upmarket B&B in Fort Portal.

And then Niamh's phone was stolen out of my hands, while driving. Some young schmuck running past me driving shotgun, sticking his hand in the window, grabbing the phone from my hand and running off with it. I was too stupefied for a few seconds and, by then the culprit was long gone. I could have shouted 'thief', which might have resulted on a communal lynching on the spot, but would that have been worth it?
Either way, perhaps there isn't as much hope as I… Hoped.

Related:  Spead freak
This text is available under a cc-nc-a license.