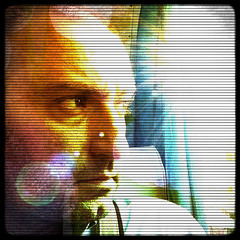 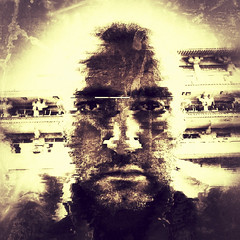 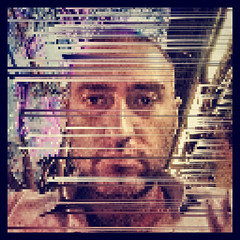 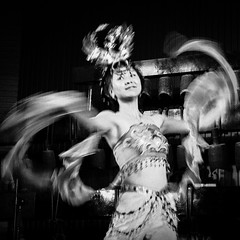 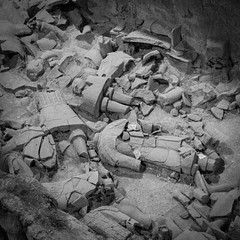 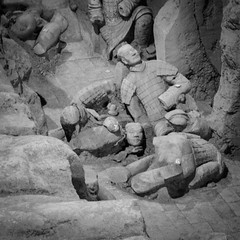 I have no idea what I'm doing 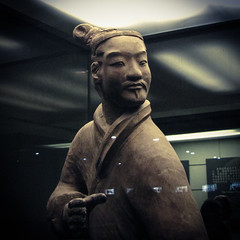 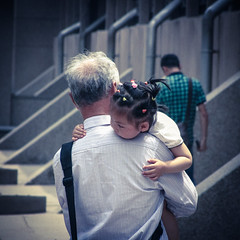 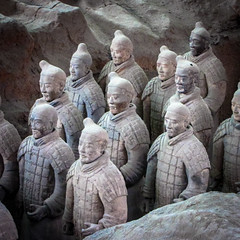 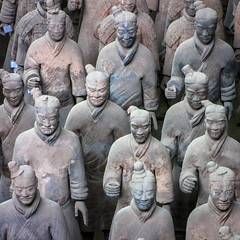 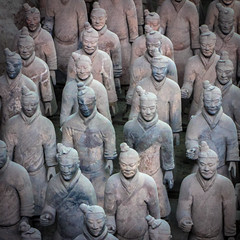 Warriors, coming out to play 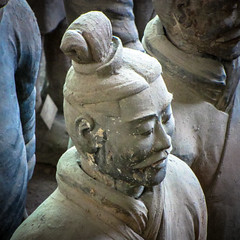 The first heartland of China, the emperor which left us the terra cotta army was the first to unite China. Though rather totalitarian, which seemingly sits well with the current Chinese state, he was also much more indigenous Chinese than the father of, for all intents and purposes, China as we know it today, Kublai Khan, the grandson of everyone's favorite world conqueror, Chinggis Khan.

Xi'an still has its walls, nicely restored and, for their height and size, impressive, totaling a cool 14 kilometers. The city, a bustle, with the heat being a mixed blessing; unattractive men doing the Asian shirt roll, but scantily dressed women making more than up for that, showing legs.
But, the city, even the old city, mostly looks just like every other city in China, the 'old town' mostly being a collection of malls. And it's loaded with tourists. To the extent that the area around the south gate has not one but two Belgian beer bars, as well as a host of other tourist oriented restaurants. The strangest of which is probably being a German bar/restaurant partially staffed by Russian looking women from Kazakhstan. Who don't speak English. Or German.

So, the thing not too miss in Xi'an is the terra cotta army. Put together over 2000 years ago by the first emperor uniting the seven warring kingdoms, creating effectively a proto-China, the army was lost to time until drilling for a well in 1974 accidentally uncovered what is now the largest of three pits, containing no less than 6000 clay warriors. Being allowed in is costly, as are most tourist attractions in China, but you hardly can't go when in the area.

Related:  Not my problem
This text is available under a cc-nc-a license.