Top of the morning to ya 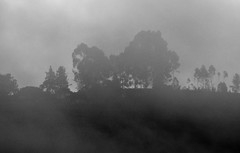 Through the dark of future's past 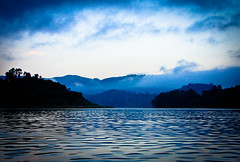 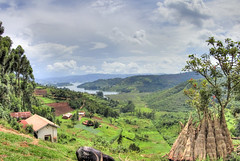 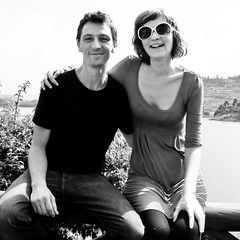 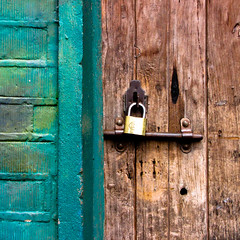 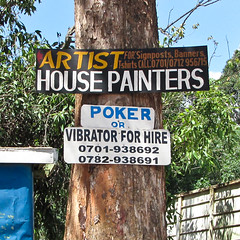 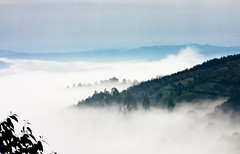 But where are the gorillas? 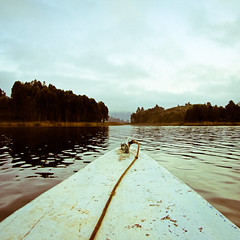 On the surface of things 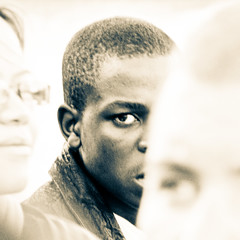 I double dare you, motherfucker 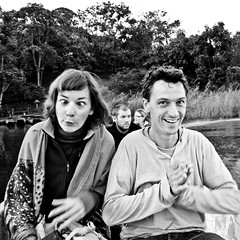 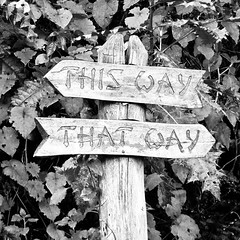 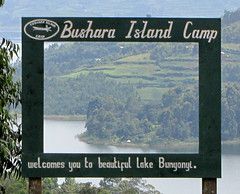 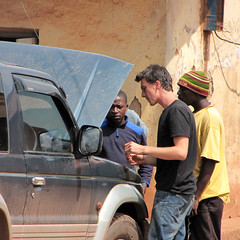 On the way to Kabale, Uganda 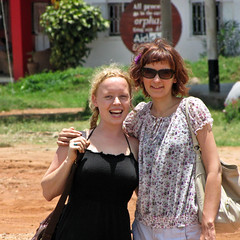 The girls are up for it

On the way to Kabale 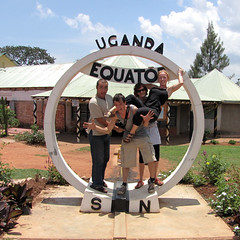 Standing on the equator, or so they say 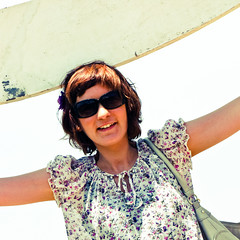 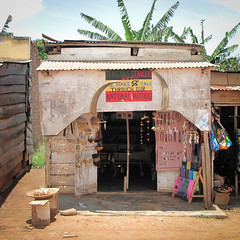 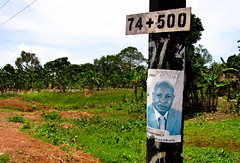 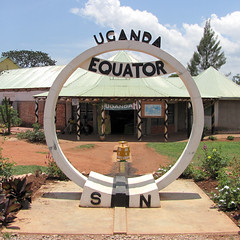 The equator in Uganda 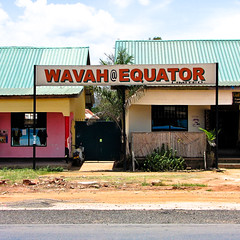 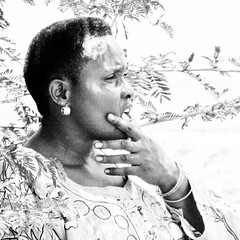 Uganda is slowly becoming a celebrated alternative to Kenya and Tanzania for wildlife safaris. But that's not all it has to offer. The deep south west of the country, straddling the borders of both the DRC and Rwanda, sometimes referred to as little Switzerland, has a gorgeous lake at it's center, some 30 kilometers long and seven kilometers wide, and has a few dozen islands dotted around inside it.
Perhaps not exactly Switzerland, the area feels more like a less rocky version of the Belgian Ardennes and has a climate that resembles Belgian summers. Cool in the evening, warm during the day, with lots of chance of rain. And it's green.
It's also the place where you can play around with gorillas in the mist, walk in the footsteps of Dian Fossey, whether you stay on this side of the border or hop over to Rwanda.

Getting away for the weekend, my last in Uganda before heading back to Salone, we spent two nights in a cottage on one of the islands inside lake Bunyonyi. It's possible to take a motorboat, but customary to paddle your way down, an hour's journey from the mainland. Marlies had to leave the country to extend her visa, so while she left for Rwanda, we sipped G&Ts and had a lovely lunch at Birdnest, a Belgian run exclusive hotel on the edge of the lake.
When, at long last, Marlies successfully returned, we had to paddle hard to stay ahead of a huge rainstorm, which we barely managed.

The next day, when Marlies, Wouter and myself decided to go for a short canoe ride on the lake, we severely struggled to not continuously end up in the mzungu corkscrew, where, despite franticly trying to prevent it, your canoe ends up spiraling out of control, you ending up going round in circles.

In other news, inZIM.com was nominated for the World Summit Award Global Contest as the best e-Content example in e-Science & Technology from Uganda.