A view of Cape Town 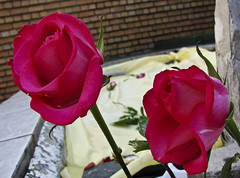 Flowers on the grave of Tuan Guru 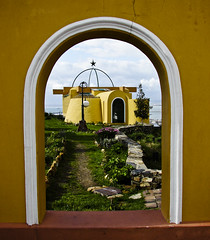 A view of the Tana Baru cemetery 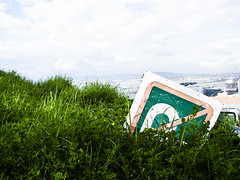 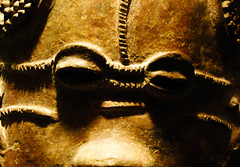 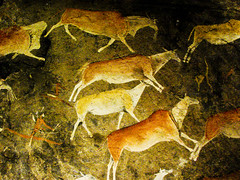 Detail of the Linton stone

Part of the Linton stone

Part of the Linton stone

Varna has its broodje met een buikje, Durban has its bunny chow, Cape Town has its Gatsby (surely named after The great Gatsby). It’s huge, and resembles the all in one sandwiches I’ve had in Brussels time and again. Think a full meal, now think a full meal on a huge sandwich. We had a hake and chips (with salad and sauce) Gatsby. My estimate was that the whole thing weighed in at about one kg.
The verdict? FABULOUS!

A stop at the South African museum where we finally managed to see the Lydenburg heads as well as the Linton stone, considered the most important example of San rock art.
After that, a quick stop at the muslim cemetery before we headed off to Jo’burg again.

There, almost of course, we found our car with a flat battery and malfunctioning brakes (the rent-a-wreck we have has proven to have pretty much completely broken down over the past few weeks). Some friendly individuals later, we managed to struggle home.
A weekend well spent.

Related:  Bugs in my wine
This text is available under a cc-nc-a license.