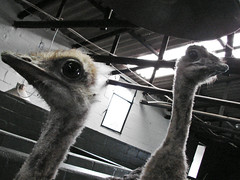 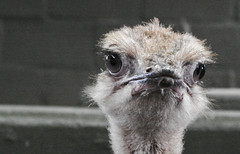 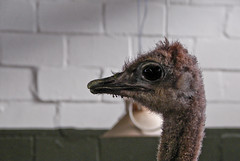 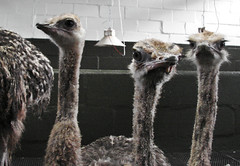 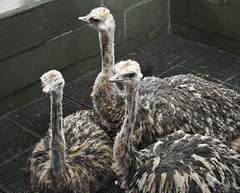 Looking down on creation 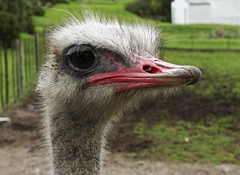 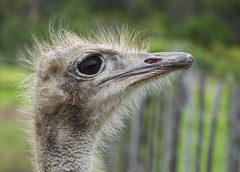 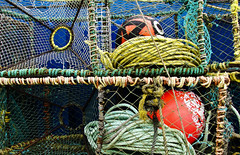 To catch a crab 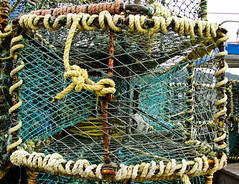 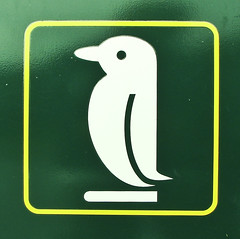 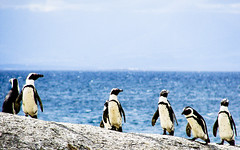 "Look at that stupid guy, at the back!" 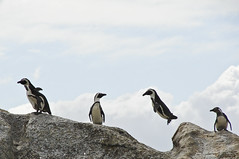 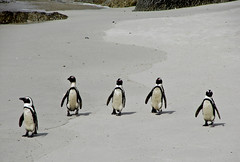 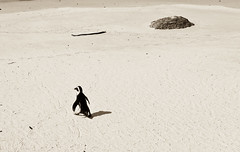 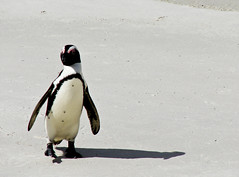 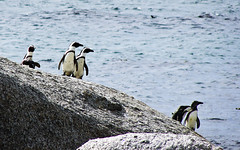 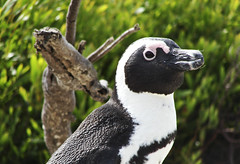 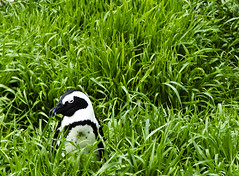 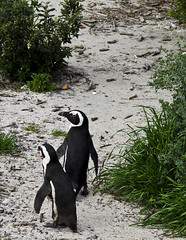 Not paying the cabbie, an innocent bystander was able to take a picture of the culprits 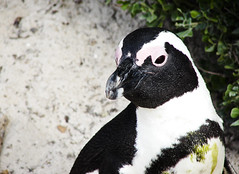 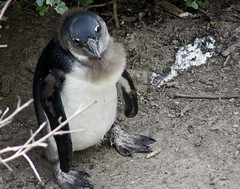 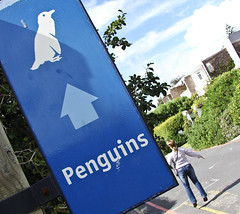 More beasties today, visiting the African penguin colony in Simon’s town (or, more often called Simonstown), where, some twenty years ago or so, clusters and clusters of penguins suddenly showed up and decided to stay. The town was named after Simon van der Stel. The same who started the oldest operating wine estate in the new world, Groot Constantia, and the same after whom the city of Stellenbosch was named.

First considering to visit the Cape of Good Hope, we ended up at an ostrich farm with loads of cute but stupid animals.

We had dinner at a real tourist trap, Panama Jack’s. It’s tough to get to this fish restaurant, located on a reasonably hard to reach quay inside Cape Town’s harbor. Through the restaurant’s marketing, it seemingly positions itself as a restaurant which is down to earth, where you can eat lots of food at very reasonable prices.
Not so. The setting feels low budget, the food is expensive or very expensive and the quality is low. Really low. We each had a starter and a main dish and shared a desert. The desert was average, the rest was bad or real bad. So. Don’t eat at Panama Jack’s in Cape Town. It’s possibly the worst value for money I’ve ever had.

Related:  Data has arrived in South Africa
This text is available under a cc-nc-a license.