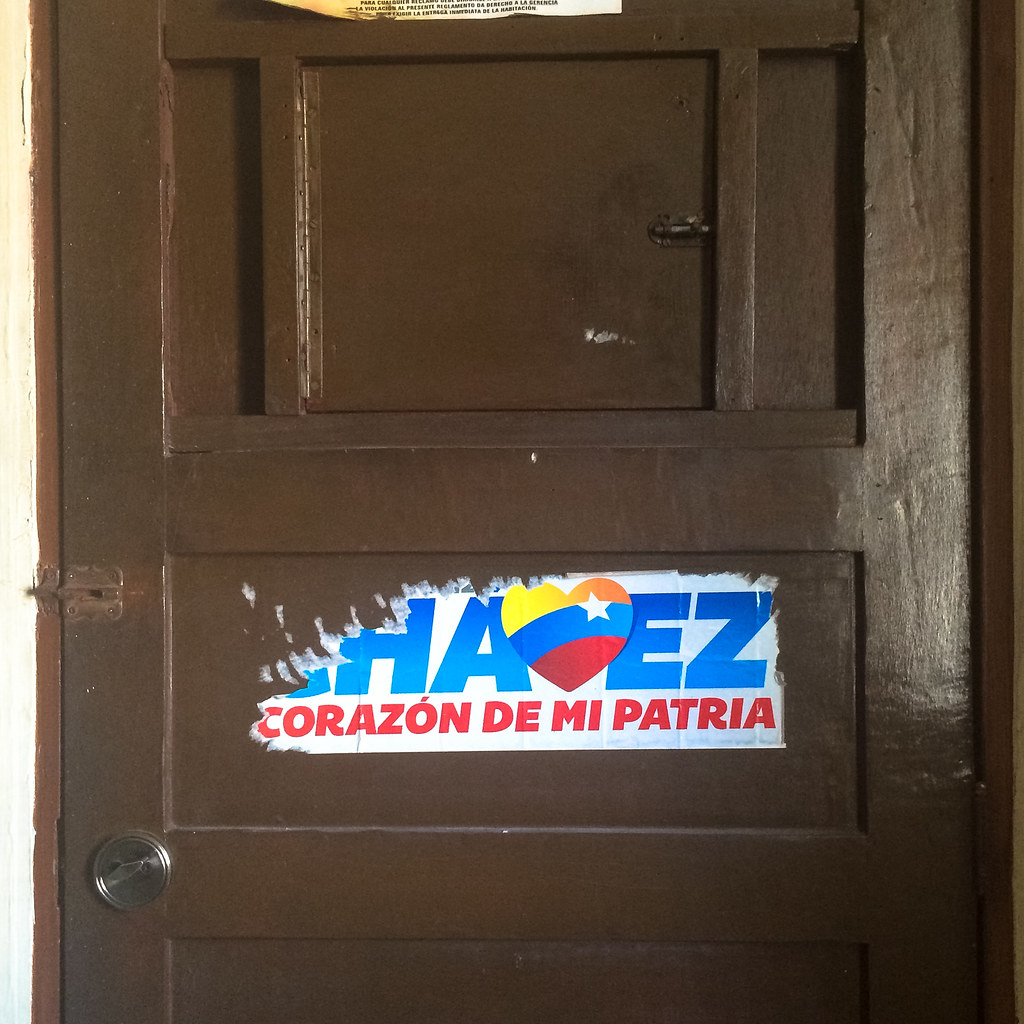 I’m following a class at Harvard, on Populism and the Erosion of Democracy. I have to write a critical analysis of the reading material for any one week. I picked one on the further erosion of weak democracies when accompanied by a strong civil society.

Berman, in Civil Society and the Collapse of the Weimar Republic convincingly argues that a vigorous civil society, in the absence of strong political institutions, can weaken democratic governments. The example on which this argument is based, is the political progress of the Weimar Republic, which eventually saw the entrenchment of the NSDAP under Adolf Hitler.

This makes intuitive sense; if citizens actively associate, congregate, under a weak democracy, there is a possibility that some of these associations will form stronger bonds, goals, and objectives than the pushback they can encounter from weak democratic institutions.

Berman shows that in Weimar Germany, participation in organisations did indeed mobilise individuals for political participation, and that this weakened democracy as a consequence.

Berman goes further, also showing that the NSDAP did not attract alienated, apolitical, Germans, as is often said, but instead focused on, and was successful at incorporating, highly activist individuals, exploiting their skills to expand the party’s appeal as a political force.

In the run-up to the eventual NSDAP takeover, in part, the weakened political structures were a consequence of political parties struggling to serve their potential constituents within their own organisations, leaving the constituents to look for alternatives to express their social and political aspirations.

Specifically, after the First World War, the weakness of the bourgeois parties and national political structures drove many citizens to look for alternatives in civil society organisations, which were organised as fairly homogenous groups, resulting in highly organised, but vertically fragmented, collectives.

Specifically, private associations were seen to offer benefits that the traditional bourgeois parties were failing to provide, like ‘community’ and ‘unity’.

There are clear modern-day parallels of the emergence of private associations as a political force. In Spain, Podemos emerged from the apolitical, but activist, Indignados Movement. Though, an even better example is probably Beppe Grillo’s Five Star Movement in Italy, which became a political force after first building on many, rapidly emerging, local organisations.

Related:  Where? In Karaganda!

Additionally, several political shifts in Latin America, under the Pink Tide, like Morales’ MAS in Bolivia, could also be seen as examples of this.

Berman herself refers to the collapse of Eastern European communism as an example of were civil society lead the way for structural political change.

The NSDAP recognised the benefit of incorporating the active members of these grassroots organisations, and sought to make them an important part of the backbone of the Nazi propaganda policies, eventually creating a powerful electoral machine, while anchoring the NSDAP in the local communities of these activists.

The end was that the Nazis, the NSDAP, managed to bridge the gap between bourgeois civil society and party politics, creating a cross-class coalition.

As with Berman, Chenoweth’s and Stephan’s conclusions seem reasonable, while also not fully considering the context under which their studied cases took place.

Case in point being that, though the NSDAP did not resort much to violent protests, taking over Germany’s civil society by stealth, it’s not at all a given that, if they had resorted to more violent action, they would not have been successful.

Similarly, it can be imagined that if the state extensively controls the media narrative, the outcome of both nonviolent and violent campaigns can be hugely affected, but not necessarily in the same way, as, particularly in the short term, violent campaigns could be harder to subvert via propaganda.

This is underscored by the example the authors provide on the Philippines, were Cory Aquino’s victory over Marcos was, in part, due to the church-owned Radio Veritas being on the side of Aquino.

Indeed, in the article’s conclusion, the authors recognise the power of the media in facilitating, or not, ‘backfire’, and point to a related, and fascinating, venue for study: the provision of educational materials, including video games and films, to convey the success of past nonviolent campaigns.

One central observation is on point; campaigns that fail to produce loyalty shifts within the security services of a civilian bureaucracy are unlikely to achieve success, particularly a challenge if the opposition uses violence to try and achieve their goals. Meanwhile, nonviolent campaigns are more likely to gain support, nationally and internationally, which can result in stronger political pressures for shifts in regime policy.

Yarwood, in The struggle over terms limits in Africa: The power of protest, talks about how a number of African national leaders, particularly in the 2010s, have tried to extend their presidential term limits in one way or the other, typically by amending their constitution.

She claims that there is ‘cause for hope from below’, essentially the civil society mentioned in the earlier two articles, even if the people’s desire for democracy is not matched by elite commitment to it.

Yarwood gives a few examples of successful citizen-led movements to remove presidents from power, in Senegal and Burkina Faso, and a citizen-led movement in the DRC that prevented some of the president’s desired changes to the constitution, even though Kabila remained in power for another three years from the moment of this ‘citizen victory’, which was past his constitutional limit.

Yarwood’s cases are relevant, and provide for some hope towards a shift towards more entrenched democratisation on the African continent. I also subscribe to this view, but I’m not quite convinced by Yarwood’s argument. Kabila, as mentioned, stayed in power for another three years. Museveni and Kagame are still in power, Magafuli successfully shifted Tanzania in an autocratic direction before dying in office, Mugabe’s coup was a coup from above, and civil society in South Africa has, forever, neatly (enough) toed the ANC party line.

In Strategies against the Erosion of Democracy in Colombia and Venezuela, Gamboa takes the view that democratic erosion is becoming more common, also in Africa, seemingly disagreeing with the ‘more entrenched democratisation’ which Yarwood identifies in Africa.

Specifically, she looks at the role of the opposition in Colombia and Venezuela, where, in Venezuela, Chavez managed to shift the country to a more autocratic system, whereas Uribe failed to do so in Colombia. Her focus is on where the opposition fights against the would-be autocrat: inside, or outside, established institutions.

Gamboa makes the case, which rather appears like kicking in an open door, that democratic erosion is ‘a process’. She also distinguishes between ‘strategies’ and ‘goals’, which feels natural, pointing out that extra-institutional strategies with radical goals (like removal of the autocrat) can have negative consequences for democracy.

Oddly, when Gamboa lists, and dismisses, a bunch of reasons, outside of her central argument, that could be the cause of democratic backsliding, as these justifications roughly equally apply to both Venezuela and Colombia, she fails to mention at least two: the personalities of the persons involved, and the fact that Colombia was suffering the consequences of, and was still embroiled in, an effective civil war.

That’s not to say that the role of the opposition, which is what Gamboa focusses on, is irrelevant. But, it’s just one of the many factors that do play a role, while different contexts can also see different results from the factors that seemingly were comparable between these two countries.

The connection with the nonviolent pushback mentioned earlier is that Colombia’s opposition against Chavez included strategies that were ‘radical’ and ‘extra-institutional’, so, though perhaps technically not ‘violent’, leaning in that direction.

However, this ignores the elephant in the room, Colombia’s FARC, who, violently, had opposed Colombia’s government for decades, such that the playing field, for Uribe and his opposition, was completely different as compared to Colombia.

Interestingly, Gamboa describes, as part of Chavez’ rise, a situation in the early 2000s, where opposition against Chavez was lead by non-political associations, under a weakened democracy. Similar to the situation described by Berman, in relation to the Weimar Republic.

Though with wildly different outcomes, in both cases, in Venezuela and Germany, democracy was severely weakened, making this narrative nicely come full circle.