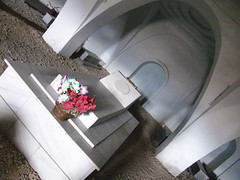 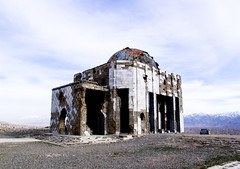 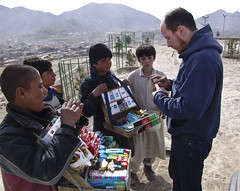 Giovanni and some Afghan kids 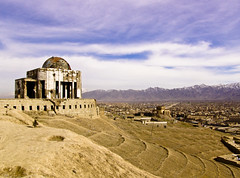 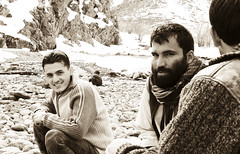 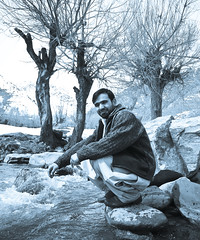 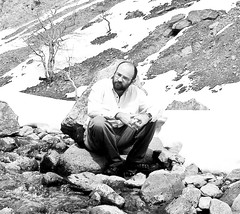 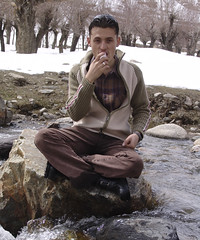 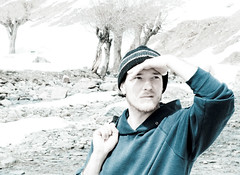 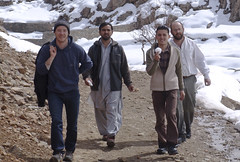 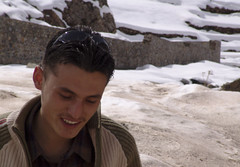 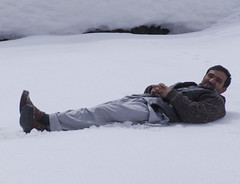 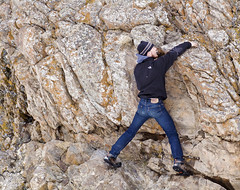 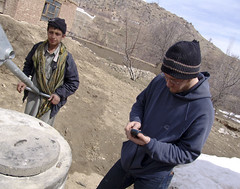 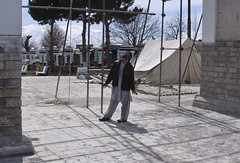 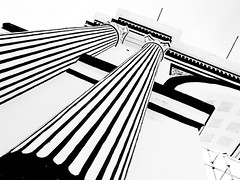 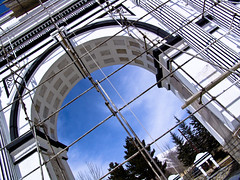 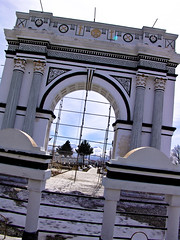 Literally, in days, the weather switched from cool days and ice cold nights to warm days and acceptable nights. Reason enough to take the car and drive some 20 kilometers out of town to Pagman, the place where king Amanullah in the late 20s had gardens and a triumphal arch built, copied from European designs, after the king’s visit to Europe.
Although the area became a Mujaheddin battleground in the late 80s and early 90s and most of the buildings were completely destroyed, the arch is currently being renovated and the scenery is still quite spectacular.
After driving up as far up the Hindu Kush our car could take us and the mine-warnings let us, we walked around for a while, with Giovanni at times acting as a mountain goat, occasionally getting stuck waist deep in snow, before heading back and enjoying some very lekker yogurt from some sheep herder who had been waiting for us to return.

After this, dead tired, and some kebabs at a small Afghan restaurant, we headed out to Nader Shah’s tomb, this time to also check out the grave sites downstairs, where the mother, father and wife of the current ‘father of the nation’ are buried.
The tomb, also all but completely destroyed during the civil war, is said to be renovated this year.

After we dropped off Khelid, Parvaiz took us down to one of the Bazaars. I managed to get copies of Bullet, a new Bollywood movie directed by an Afghan, and Sholay, an old Bollywood movie starring Amitabh Bachchan AND a very nice Shalwar Kameez. Now I only have to check whether it really fits.
Nearing the end of our shopping spree, Parvaiz wanted to by a VCD player, his third, this one to use with a car battery. Don’t ask.
Walking into the building where a plethora of shops were selling all kinds of electronics, it felt we were walking into one of the street scenes from Bladerunner.
Already getting dark, the lighting was gloomy and with there being no electricity, the courtyard of the six-floor building, where balconies all around supplied walkways for the many shops facing the courtyard, was lined with puffing and loudly purring generators, making a walk inside the building more hazardous than smoking a packet of cigarettes per day.
Because general electricity was lacking, only the insides of shops were light, using the generators, the stairways being completely dark. Occasionally a problem, particularly when we bumped into small kids carrying 37 inch TVs on their back. And then there were the guys racing around the balconies on bikes and motors.
All the shops and balconies were stuffed with boxes, filled with TVs, DVD players, satellite receivers, and almost anything you can imagine. On the roofs of the shops that had been set up in the courtyard, empty boxes had gathered to form a soft and instable pyramid, ready to crumble under too much rain.
Dazed and confused, Giovanni and I stumbled around, until Parvaiz had found the 20 dollar VCD player of his choice.

Related:  So much to see in San Francisco

And then, if the day hadn’t been long enough already, some guys from work showed up to smoke sheesha and chat away the hours into the late evening.

I am not joking when I say that about 90 percent of the normal cars on the roads of Kabul are Toyota Corolla. Yes, this is true. Then, of the vans, another 90 percent are Toyota TownAce. Some stray Mercedes, here and there a Hyundai, but that’s it. Only the 4×4 cars have reasonable diversity amongst them, although here too, many are Toyota.

On our way back from Pagman, we drove past a number of car dealers. It is amazing to see so many different versions of one particular car, the Toyota Corolla, and noone, noone, seeming to notice the awkwardness of this.
I asked Parvaiz why there were so many Corollas in this city. His first reaction: “Don’t you like this car?”. It does seem that Afghans like their Toyota Corolla.