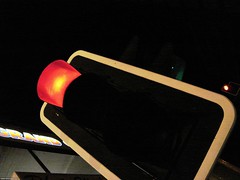 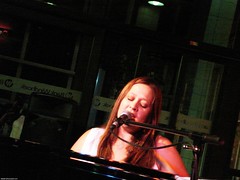 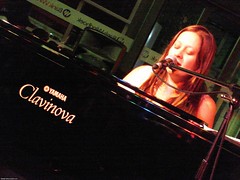 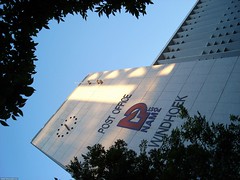 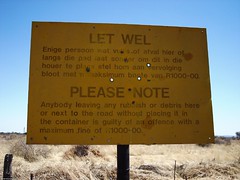 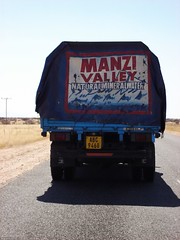 Setting out for Windhoek, I'm quite sure we got scammed when filling up with gas in Swakop. One guy was filling up the car, a second was cleaning the windows and a third started to talk to me, distracting me from keeping an eye on the meter. When done, petrol came in at a very neat 200N$, but the meter only displayed the price, not the amount of petrol.
Then, another car pulled up on the other side of the pump. An attendant took out the hose and the meter reset itself, but not before showing a price slightly above 150N$ and an actual amount of liters. Right then, I realised the possibility of being scammed. I asked how many liters had actually gone in. The man hesitated for a fraction of a second, "30 litres". More or less right, but impossibly the exact amount, but, if you've every been to Africa, you know that a 'more or less correct' answer will generally be the best you'll ever get.
I paid and we left, wondering what I should have done, when it hit me. I should have simply asked for a receipt.

We heard two of Luna her songs on NBC radio while driving from Walvis Bay to Swakopmund, but I first thought we were listening to some previously unknown songs by Tori Amos.

The concert, in the foyer of Bank Windhoek in Namibia's capital, Windhoek, was certainly the most intimate I ever attended with only 13 guests present and was quite good. There's a lot of feeling in Luna's voice and most of her songs, using only vocals and a piano, are very evocative.

Related:  Another project I won’t do

Some of the songs are very good, 'la Luna', based on a Spanish poem, Roller coaster, and a song about her own mother ('Lady'?) being three of these. They're great because the texts themselves don't only tell a story, the music itself also does this, moving through several different patterns before reaching a conclusion.
However, because of showing what she's capable of, several of her other songs feel unfinished, they end when you think more must be coming, since the music not always evolves within these individual songs, as it does on her better compositions.