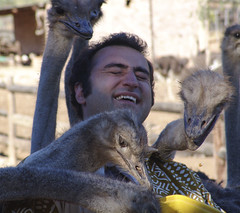 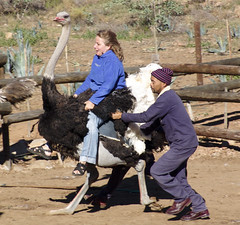 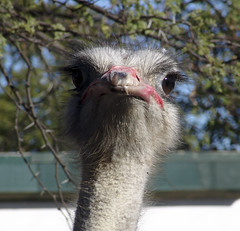 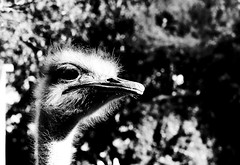 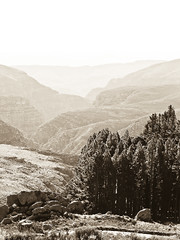 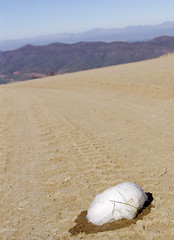 The last of the ice 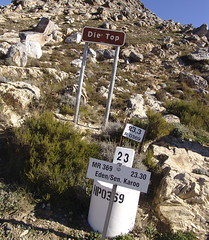 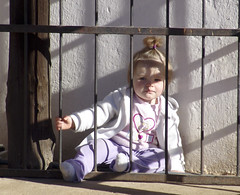 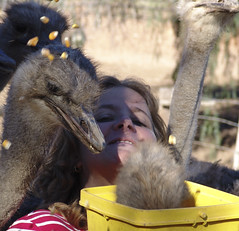 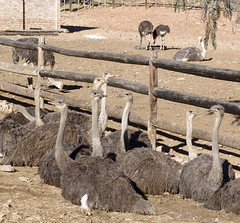 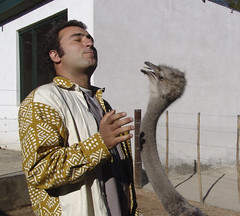 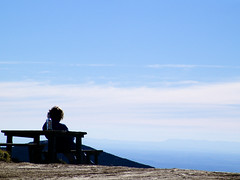 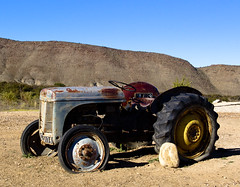 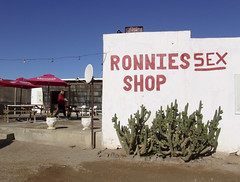 There’s not much to see in the Karoo, besides Ronnie’s sex shop, but it being empty is also the Karoo’s main attraction. It’s empty, dry and vast. Some consider it boring, others find it a very impressive environment. I liked it.
It’s not completely empty, there are some villages, a lake or two and the occasional dirt road, but that pretty much sums it up.

We drove across the R62 from Montagu to Oudtshoorn, but before arriving at Oudtshoorn, we got of the main road and headed to the Swartberg pass, which is supposed to be one of the two most beautiful passes in the country. The road, which changed from two-lane tarmac to one-lane sand right at the beginning of the incline, winds up, up and up, until you reach ‘Die Top’ where the view, it has to be said, is very nice. But if you’ve ever been to Mongolia, as I have, you’ve seen it all before.
Nevertheless, the views are outstanding.

Oudtshoorn calls itself ‘The ostrich capital of the world’ and is surrounded by ostrich farms, many of which also do tours. The previous day, I was reminded of the fact that ostrich stake is goood, but particularly when Betsy was riding an ostrich, I also discovered that ostriches can be hilarious. They’re not very smart and eat anything, which can make for entertaining behavior.
On the farm, we bumped into an English couple who were also traveling South Africa. It was already the third time we met them, after Cape Town and the Karoo.

After Oudtshoorn, we ended up in Mossel Bay. A pleasant little town where we slept on the beach in an old train wagon. It was a hostel where the 4-sleepers had been fitted with double beds. Rather cramped, but the beach being only 30 meters from your windows and the rolling waves lulling you to sleep are not to be missed.
Before sleeping, we had dinner in a pub where the crowd went wild on the jolige boerestampmuziek coming out of the speakers.

Driving through the Karoo, we listened to some radio station airing some interesting music. I immediately recognized it as Mongolian throat singing. However, the singers weren’t Mongolians, but from some tribe in South Africa.
Combined with this area’s shaman culture, it made me wonder if some ancient connection between the two cultures once existed.