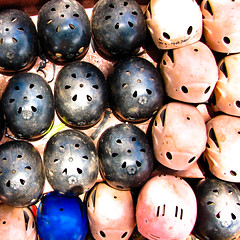 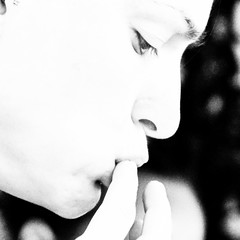 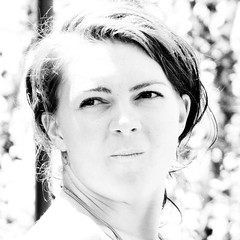 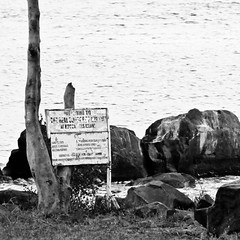 The source of the Nile 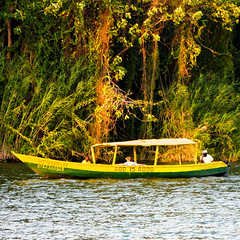 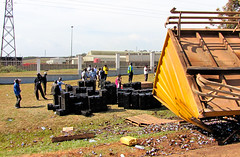 Back in 1999, the Ugandan government agreed to the building of the Bujagali Falls dam, some 8km north from the source of the Nile and the town of Jinja, on the edge of lake Victoria. Construction was to take 44 months and be finished by 2005. Currently, the dam is expected to come online this year.

This week, the schedule foresees the closure of parts of the flow of the river, which will result in several of the rapids, including the often visited Bujagali Falls, to be inaccessible, before they will be submerged upon completion of the dam. As a result, the handful of white water rafting operators in Jinja will be forced to start their tours a few kilometers downstream, on the other side of the dam.
Commemorating the upcoming closure, this weekend saw a major event, which might end up becoming a yearly thing, where six NGOs, focusing on conservation of nature and wildlife in Uganda, were sponsored through the proceeds of a bunch of activities on and around the mouth of the river Nile.

Some 100 individuals signed up for the full deal, which included a night's stay, rafting, dinner and drinks, as well as a t-shirt and a DVD of the rafting trip, though the latter two still have to show up.

These upper bits of the Nile are mostly tranquil, though the few rapids are nicely challenging, including the rapid which goes by the name of 50/50, where, in our group of a dozen rafts, not one didn't flip. However, with the life vest, it's impossible to stay under water for long and the water being balmy, it's no real punishment to be thrown overboard.

The outfit hosting the event was Nile River Explorers.