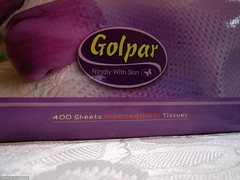 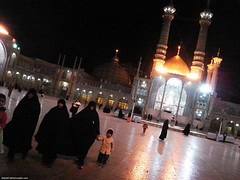 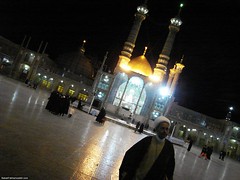 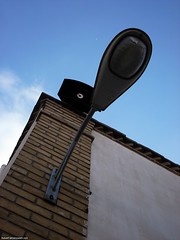 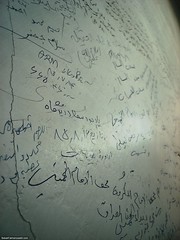 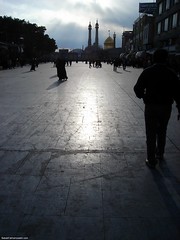 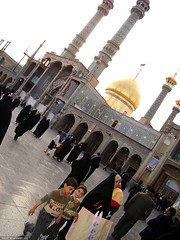 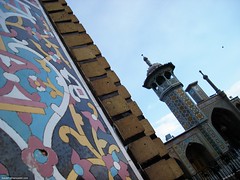 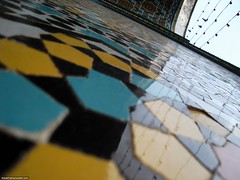 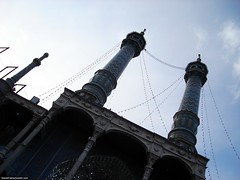 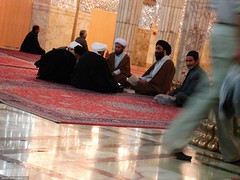 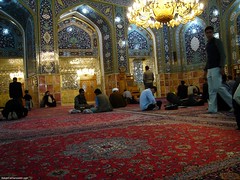 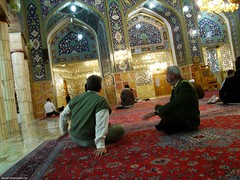 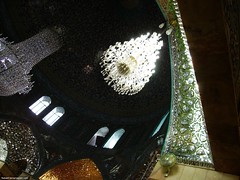 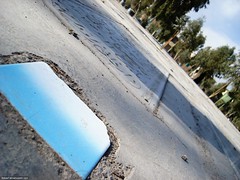 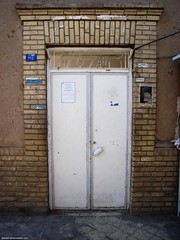 Entrance to Khomeini's house in Qom 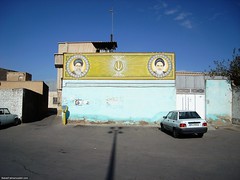 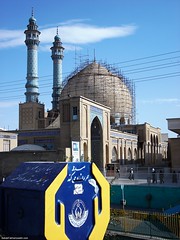 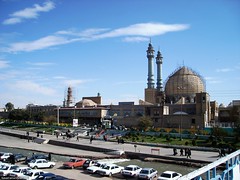 Qom, the most important religious city for Shiis in Iran after Mashhad, is home to the tomb of Fatema, the sister of Emam Reza. The shrine and mosque complex, similar to the complex in Mashhad, is quite impressive and, quite a change from Esfahan, there are no tourists.
Besides the shrine, the only other thing to see in the city is the house of the Emam (Khomeini). A reasonably standard house close to the city centre with, well, nothing much of interest to see.

Originally, I had the idea of staying in Qom for two nights, as I did in the other cities I've visited so far, but after walking around town, I even considered moving out on the same day. Tehran is only a good two hours away and, really, Qom isn't all that interesting if you're not a mullah. Or three.
Had a burger at a burger place. Ordered the 'double cheese burger', listed on the menu in phonetic English. Double burger, indeed, but no cheese. Apparently, 'cheese burger', here, is only a name.

Now travelling with one of the guys I had dinner with in Esfahan and who was staying in the same hotel, we left early on the second day in Qom and took a shared taxi to Tehran. Cold!

Related:  Moving to Khabarovsk
This text is available under a cc-nc-a license.