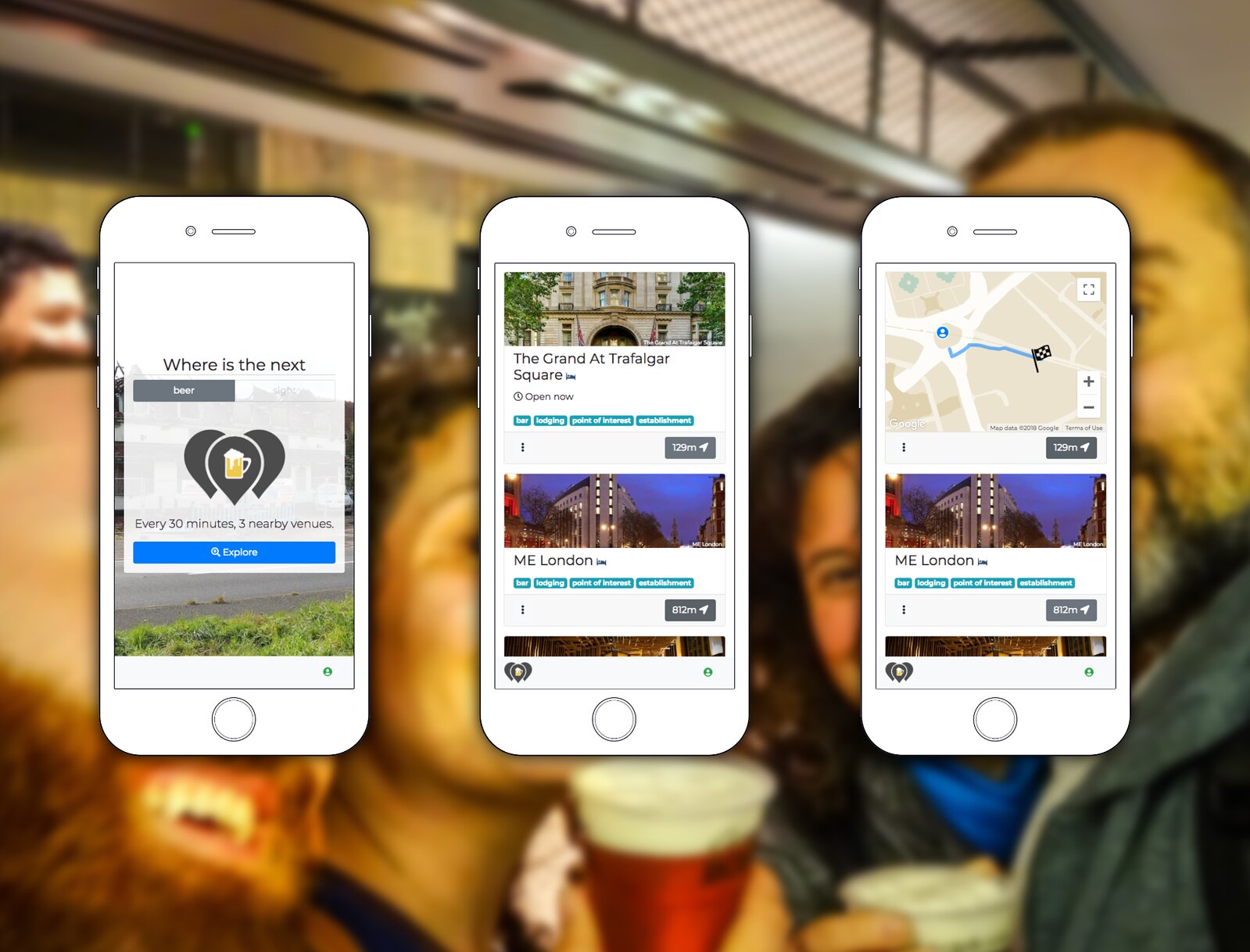 The mobile app for iOS and Android that facilitates a pub crawl in any location. The underlying data comes from Triposo and the Google Places API. The app divides the world up in a grid with small grid cells where, for every 30 minute interval, for each user in the same grid cell, it presents the same three, places to get a beer.

As a bonus, the app also can present the user with three nearby (touristic) sights.

The app is available for Android and iOS.

From August 2020, the app is free and available on the web.

After Apple decided I had not updated the app recently enough, and with abysmal download numbers, I made the app web-only, in December 2021.

In early 2023, after the writing was on the wall for a long time, Triposo shut its doors. I had to remove that service as a source, meaning the app now relies only on Google, and that ‘sights’ are no longer available as a separate category.

Related:  the places I have been