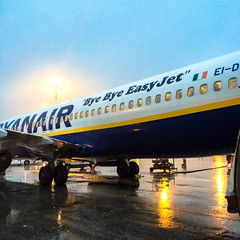 The Flickr API is great to play with. SkipDistance.com was another Flickr-based game where an English saying is portrayed using Flickr images. The objective of the game is to guess what English saying is actually being displayed.
There’s a new saying every week.

This site, in turn, was discontinued in January 2008.