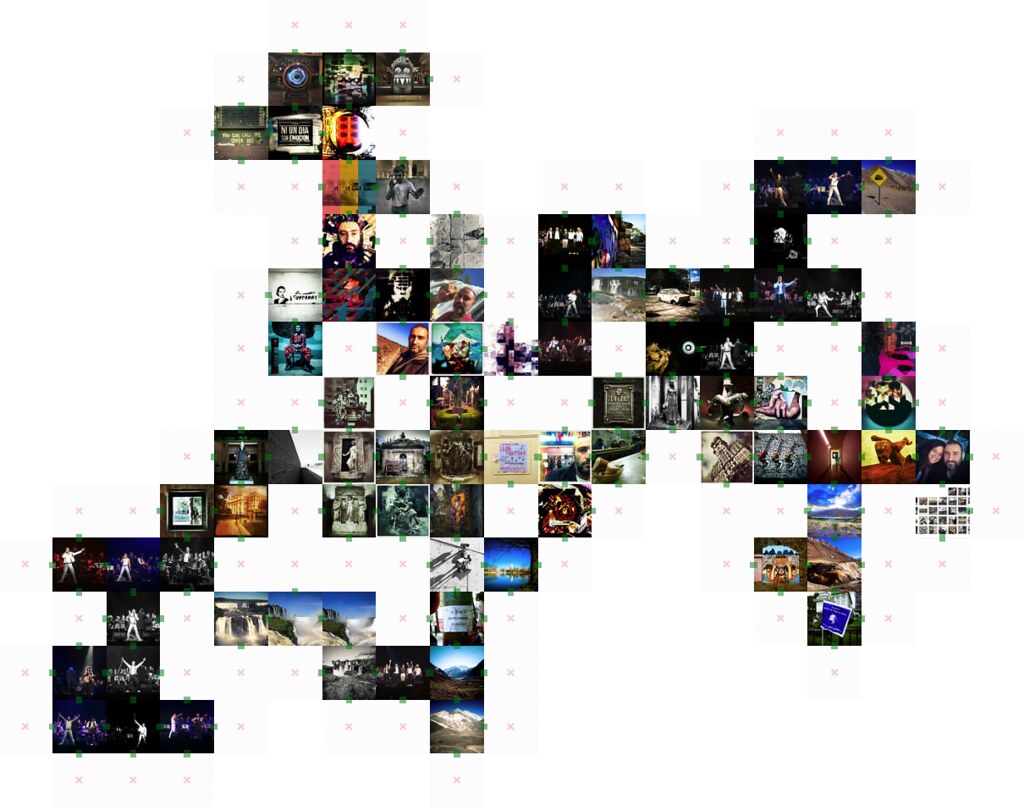 In a dark and distant past, I built a tool that used Flickr to create mosaics of connected images. It was slow.

In a less distant, but still quite distant, past, that is, in 2010, I did it again. This was a full-fledged application, where created grids were stored in a database, for sharing. I retired the service a year later.

Now, scratching the itch that has bugged me ever since, I did it yet again.

Gridr allows you to create connected grids of images. After seeding the grid, the application auto-generates a grid.
Each cell in the grid is connected to four cells around it, where each adjacent image shares a tag with the image in the center. You seed the grid with a starting tag, or user, or both, and force all included images to have a particular tag.

Each run is different.

Be aware that if you let this run freely, it could easily create grids of thousands of images that crash your browser.

Related:  Memes
This text is available under a cc-nc-a license.