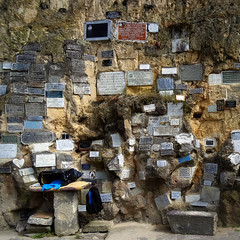 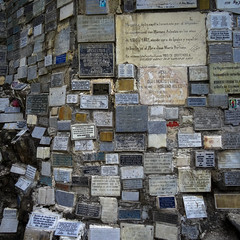 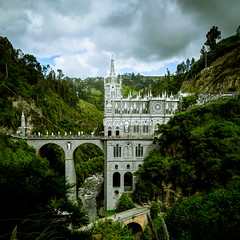 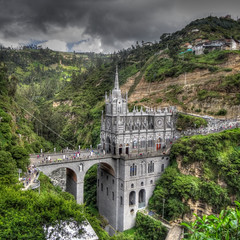 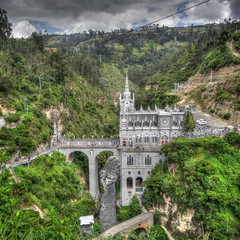 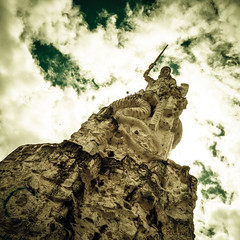 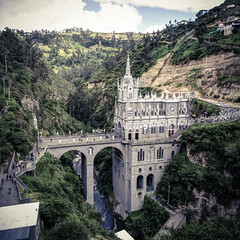 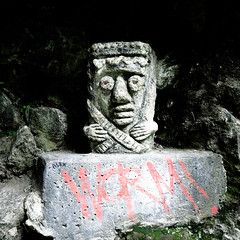 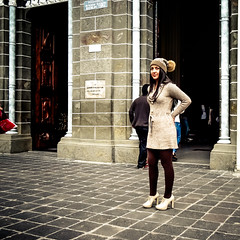 Pasto has a carnival that has its origins in times of slavery. Called the Blacks and Whites' Carnival, participants shower each other in paint and water, resembling Thai new year, songkran, or holi. Back in the day, slaves and masters would swap places for the day.

The one thing to see in Pasto, which is not time-sensitive, is he nearby lake Laguna de la Cocha. Surrounded by alpine hills, with the path to the lake being littered with ramshackle wooden constructions that all serve trout and rent out boats for trips to the little island right in front of the settlement, the setting could be in quite a few places around he world.
The place apparently does roaring business on weekends. I went on a Friday, which saw the settlement covered in a mellow blanket of laziness.

Just outside Ipiales, close to the border, is the church of Las Lajas, built about 100 years ago on the spot where in th 18th century a peasant spotted the Virgin in the rock face.
The church, together with the square in front of it, forms a bridge across a canyon and is a popular pilgrimage destination.

Related:  Art overload
This text is available under a cc-nc-a license.