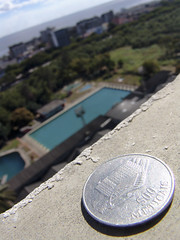 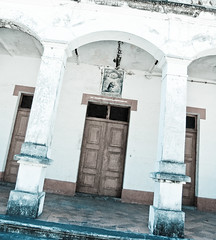 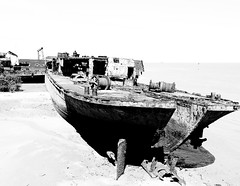 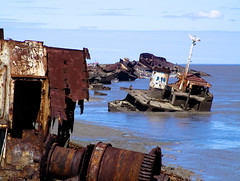 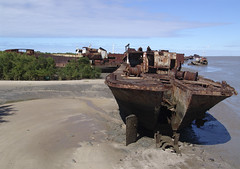 Santos, at Papa's, had said that Beira is 'soft'. If with 'soft' he meant 'quiet', he was spot-on. There's not that much to see or do in Beira besides, yes this is Mozambique, going to the beach. And, of course, there's the ship graveyard right in the middle of town, which makes for some very pretty pictures.

The Beira train station is considered a sensitive military target. It's completely empty, but kept clean, and even the pond in the middle of the train station still holds some 100 fish and two turtles. But photography is not allowed.

At night, having dinner again at Papa's (hey, never change a winning team), we took our time eating. This, since we realized that, effectively, this would be our last dinner before going home. Sure, Harare, not Holland, but over the previous five months, Harare had, indeed, become our home and this night was the last of our holiday, five weeks through five countries. We were going home, back to Jimmy, Nook and Misty, to Darlington, Naomi and Precious. Back to Zimbabwe.

Related:  Relaxing on the beaches of Mozambique
This text is available under a cc-nc-a license.