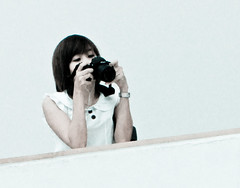 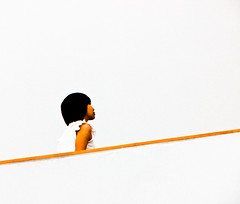 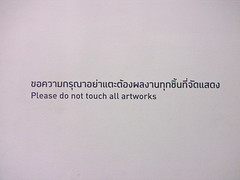 Please do not touch all artworks 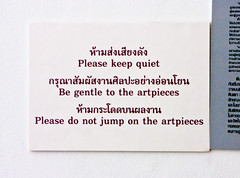 Please do not jump on the artpieces 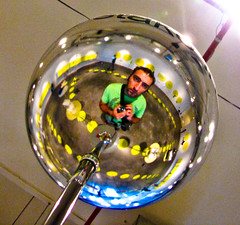 On my last day in Thailand, I went to what is now the obligatory but excellent Bangkok Art and Culture center. And, after watching a superb movie, shedding even more luggage and feeling sad for this being my last day, I headed out to the airport.

On the professional side, I’m a juror for FLEFF10. FLEFF is the Finger Lakes Environmental Film Festival, the Finger Lakes being a series of lakes in upstate New York. They’re running a competition/project/exhibition called Map Open Space, which refers to the objective of mapping physical space, meatspace, using digital technologies. Indeed, not unlike Soweto Uprisings . com, the very reason why Ismail and I were asked to be jurors.

Also, I’m a finalist for Vodafone (Netherlands) its World of Difference program. Basically, it’s a competition for giving away jobs in the international development sector. The project I applied for is with the ICRC, the Red Cross, in Kenia, and is supposed to run for a year.
On October 8, after a job interview during the day, myself and the other four finalists for this job will have to attend a show at the MTV studios in Amsterdam, where the ‘winner’ of the job will be announced.
It’s not exactly Zambia, but it’s close.

Related:  33 1/3 and a tiny crocodile biting through a bic pen
This text is available under a cc-nc-a license.