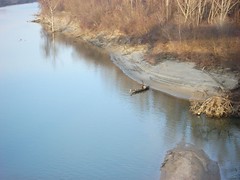 When the train left Sirkeci train station in Istanbul, I had a strong sense of the train’s acceleration being many times the actual change in speed. I felt Istanbul, and with it Turkey, and with that Iran, rapidly receding away from me, like a rocket ship leaving earth.
Similarly, entering Hungary after some 30 hours on the train, even though the weather was fresh and the country covered in mist, I felt a strong sense of homecoming.

Staying in what’s one of the most pleasant hostels in the world, the Bahaus, like last time, a troupe of young Dutch chickies was monopolizing the lounge area. Party on both nights till very late, which led, on my first morning, due to continuous miscommunication with the waiter and large amounts of an awfully sour chain of shotglasses of pain, to an immense and extremely unpleasant headache.

The train to Budapest is exactly twice as busy as, two months ago, the train from Budapest. There are four passengers on board. Myself, a Turkish/Arabic student from the Czech republic, studying in Istanbul and a Hungarian mother and daughter having done some major shopping on the edge of the continent.
The Hungarian conductor, a mountain of a man, asked my assistance in buying tax free cigarettes on the Turkish border. Apparently, you have to stay in Turkey for at least three days to be eligible for buying tax free and the conductor, normally making the tour once every two months but now only one week before retirement, wanted to benefit one last time from his day job.
As a “Thank you”, I was treated to tea, goulash (“I’ve learned this from my mother, but I think, now, mine is better.”) and an interesting mix of tea, sugar and red wine.

Related:  Budapest from 1 to 100
This text is available under a cc-nc-a license.